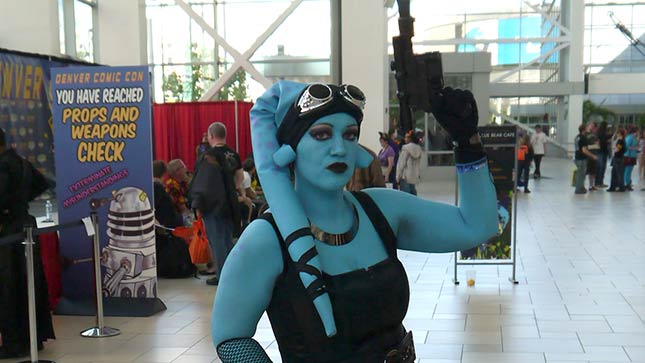 It seems Denver Comic Con and Literary Conference caught on faster than a speeding bullet. In two years, it has soared past all other trade shows making it the fastest growing one in the country, according to EXPO Magazine.

Already holding a record for second-biggest opening for a Comic Con when it debuted in 2012, attendance soared 120 percent over that year to 61,000 in 2013. The annual con and example of Denver’s nerd cred, muscled its way to the top of the list, besting shows like the International Dairy Show and the Chicago Comic and Entertainment Expo.

“Usually a jump like this is the result of other events co-locating. I can’t recall another event increasing that much over one year,” said Rich Carollo director of sales and marketing for the Colorado Convention Center, which hosts the event put on by Comic Book Classroom.

That growth along with increased exhibitors, revenue and square footage were among the indicators used by EXPO to land Denver Comic Con atop its list of 25 fast-growth shows of 2013.

The popularity has costs though. 2013 attendees complained to organizers about long lines, wait times and crowded conditions.

Denver Comic Con officials could not be reached for comment but in a blog post organizers conceded that point and apologized to anyone who was inconvenienced, promising improved conditions for the 2014 edition.

Sell-out crowds are expected and attendance is likely to grow to 75,000 people. Some of the star power expected to draw those crowds include actors Bruce Campbell, Karl Urban and Julie Newmar and Adam West of60’s Batman fame.

According to its blog, event and program capacity will be limited, as per Fire Marshall regulations.

“We are highly comfortable with the company using the space for year three,” Carollo said. “I think this year [2014] will be a much easier experience.”