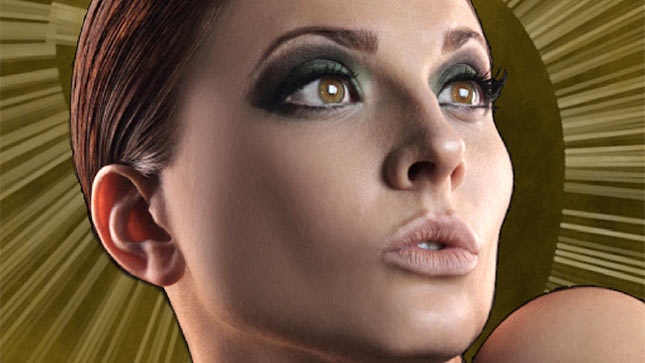 Science can be confusing. But so can love. The one-woman show Einstein’s Girl looks at the weird science that is dating in the 21st century. "If there is only one Big Bang... is there only one great love of our lifetimes?" asks performer Gia Mora in her one-woman cabaret show Einstein’s Girl. Mora’s 90-minute performance recently stopped in Denver. The show includes original music, jazz standards, and stand-up comedy -- all centered on science and technology. She performs in an evening gown. There’s not a white lab coat to be found.

"The idea that you can be female and feminine and still be interested in these things," said Mora. "It doesn’t have to be this stereotypical nerd girl, glasses and mousy hair and all of that. That you can have the glam, and the goof, and the geek all in one thing."

Reading a lot of science non-fiction and listening to news reports, Mora tries to stay current, constantly finding material for her show. In fact, NPR’s “Science Friday” inspired her idea to pair love and science for the show.

"We can split an atom, we can have a space station that orbits 120 miles above the earth. I mean, certainly there has to be a formula to love, right?" Mora asks in the show.

Maybe not. 54 million people in the United States are single, according to Statistic Brain. But there is technology, which 41 million people have flocked to, to help them land a date -- something Mora seizes on in the show.

"Falling in love is perhaps, the most human thing that we do. Love is a psychological drive. It’s an urge, an instinct like food or water," muses Mora. "Its monumental forces have created some of the most moving art, paintings, poetry, music."

Mora has long had an interest in science and technology. Her grandfather jokingly called her Maria Mitchell, after the 17th century astronomer. But short of that, Mora regards herself as a "fantasy league player" in the game of theoretical physics.

In addition to its music, Einstein’s Girl includes changing monologues based on recent science news headlines. For instance when theoretical physicists were searching for the so-called "God Particle" she joked about why the media called it that.

"They call it that because its real name is the Higgs Boson, which sounds more like the representative from Missouri," said Mora. Adopting a midwestern accent she continued: "Howdy, folks. My name’s Higgs Boson, I’m gonna’ be representin’ Missouri."

Mora said humor helps makes scientific concepts accessible and understandable to novices -- even those who might never have explored them.

"Doing this through art I think can open up worlds to people who may otherwise stay away from something because it was too much, or too scary, or too boring," said Mora. "And obviously science has long been derided as such."

Regardless of your opinion of science, Mora said you can’t blame it for the power of love. In her song "E=MC2" Mora uses Einstein’s theory of relativityas proof.

"That’s right Albee did say that gravitation is not responsible for people falling in love," said Mora. "The capacity for romantic love is intertwined as closely as time is woven in to space. As long as we exist we will love."