Doug Faust has moved outside the small town of Pagosa Springs, Colorado, to retire and relax after a career as a Douglas County Sheriff’s deputy. He worked for years as a guard in the county jail system. 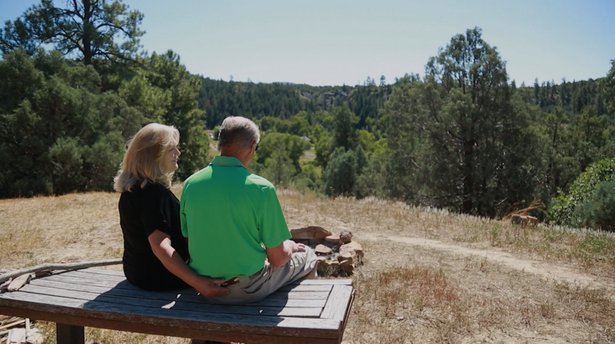 Retired deputy Doug Faust and his wife at their home

Just steps away from his back porch, he can gaze out over a scenic mountain valley. Blue skies, elk, an occasional bear. Sitting on a bench with his wife, taking in the postcard view, Faust knows he’s lucky to be alive because he almost died while on duty.

He prided himself in his professional ability to connect with inmates, especially those who, in the special unit where he worked, had mental and emotional issues, like Ronald Braa. 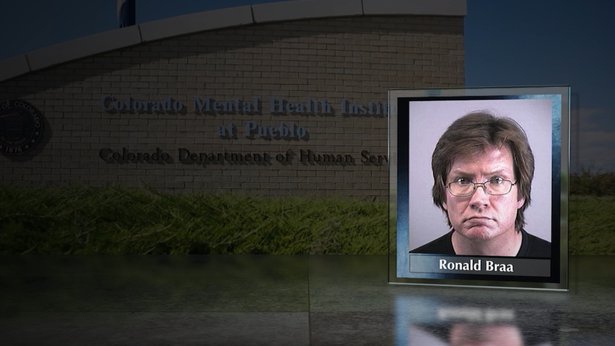 Faust describes Braa as a “gentle giant” who is six-feet seven-inches tall and weighs more than 285 pounds. As Faust approached his cell Braa suddenly snapped, violently attacking Faust. As Faust struggled to defend himself, the inmate wrapped the cord of Faust’s radio around his neck and pulled it tight. Faust turned blue. He could not breathe, and he could not radio for help. He was dying. 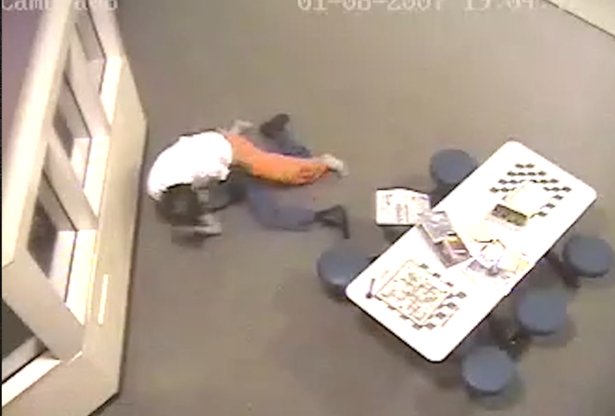 Luckily for Faust, a guard glimpsed the attack on a security monitor and deputies rushed to his aid. A minute or two more, and Braa would have strangled Faust to death. Faust suffered injuries to his face and a serious injury to his shoulder resulting in permanent damage. 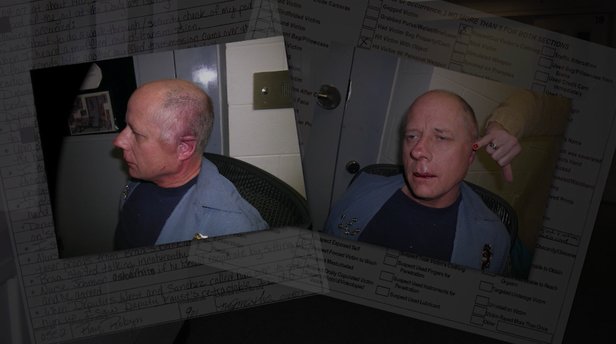 The injuries prevented him from continuing to keep his position as a deputy in the jail and he finished his career at the Douglas County Sheriff’s Office at a desk job.

“I still don't have full movement of my arm,” he said. “I was willing to go back to work, but I was told you have to be able to do everything that a deputy can do. I said, well, I do have limitations. So I guess that's the end of the career.”

Jailhouse attacks on guards and inmates are inherent risks in the criminal justice system. But a backlog in Colorado of inmates waiting for mental health evaluations and treatment creates a jail population more prone to outbursts like Braa’s.

Jail guards across Colorado deal with assault cases like Braa’s every year. Often, the only mental health treatment these mentally ill inmates receive is provided behind bars.

Braa, prior to attacking Faust, had undergone mental health treatment at the state mental hospital in Pueblo, where doctors had adjusted his medicine regimen. He had just returned to the Douglas County Jail when the attack occurred.

Remarkably, Faust holds no grudge against Braa. Faust says Braa was in a mental fog created by the changes to his medication and feels he was not responsible for his actions.

“He needs mental health help. He just doesn't need to be incarcerated for that. So he's been in Pueblo mental health (hospital) since,” Faust said.

For Faust, the memory of the attack that almost killed him will never fade completely. For years he had nightmares and woke up at night fighting, often calmed by his wife. He still suffers PTSD but to a lesser degree now. He says forgiving his attacker has helped and he’s grateful to have more days ahead to look out over his corner of paradise.