At the Boulder County Jail, incarceration means an immediate mental health evaluation, and it begins at the booking desk.

That’s because Boulder County Sheriff Joe Pelle has been a long-time proponent of providing mental health treatment as a way to keep people with mental illness from returning to jail. 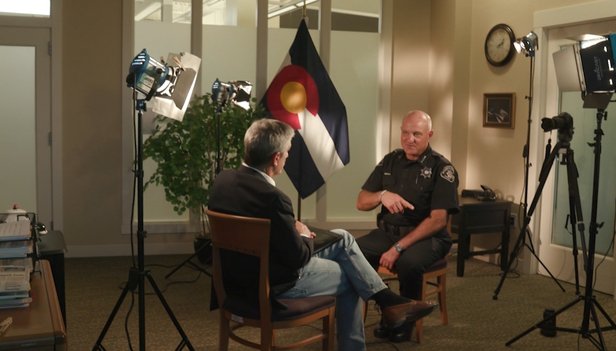 Sheriff Joe Pelle in an interview with Insight's John Ferrugia

“You have to decide,” he said, “what your philosophy is going to be. And if it's warehousing (people) and security, this problem's never going to get solved.”

Pelle has seen the need for mental health services grow exponentially since 2002.

“When I became sheriff, 13% of the inmates in our jail had an access one mental health diagnosis,” he said. “They had been diagnosed with schizophrenia or bipolar issues.”

Now, on some days, up to 60% of the jail population is receiving mental health services.

“We will see everything from a unique situational depression all the way up to the most severe where someone is actively psychotic or has suicidal attempts,” said Melanie Dreiling, a registered nurse and the jail's health service administrator.

Her job is to help stabilize inmates so they can enter ongoing programs to help them normalize their lives and activities. 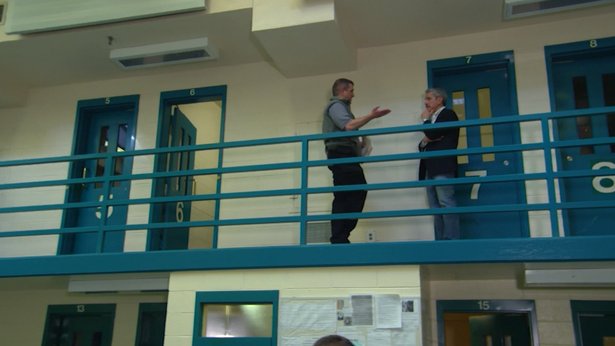 Inside the Boulder County Jail

“Once somebody is stabilized from an acute illness… they can progress through the jail,” Oliveira said.

Inmates can receive ongoing medications if they need them, along with one-on-one counselling as well as therapeutic support groups. These are services Oliveira said are now essential in the Boulder County facility.

“Jails are becoming these mental health institutions,” he said. “Because people don't have anywhere else to go.” 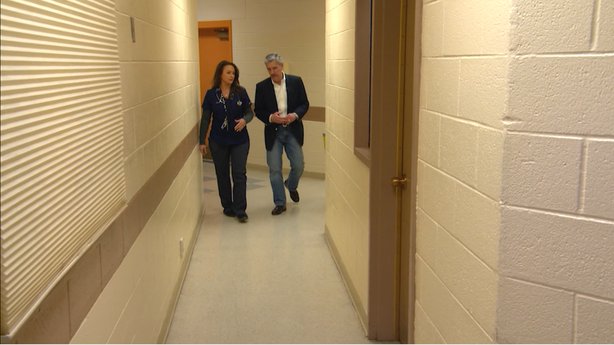 “The longer they are with us, the better they thrive,” explained Melanie Dreiling. “We really see people go from being actively psychotic to being a healthy, normal stable person when they leave our jail.”

And just as important, and essential, in the Boulder model is the Partnership for Active Community Engagement (PACE) program for those who don't go on to prison, but are allowed back into the community on probation.

The goal of this program is to coordinate with prosecutors, judges, and the parole system to stop recycling the same people through the criminal justice system without any hope of success.

One example is Joe Dankowski, who suffers from bipolar disorder and schizophrenia. He had been in and out of the Boulder jail for years. He said without the help he received while incarcerated and the ongoing services he gets through the pace program, he would be dead. 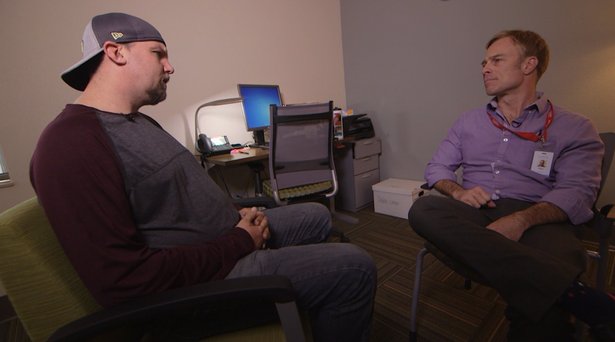 “I know what I need to do to have a clear mind, to get back on track,” said Dankowski. “I have a big support. I have a huge support system.”

Matt Jaekel, manager of the Boulder County PACE program, said Joe Dankowski is one of about 100 clients served annually.

“We provide people structure,” he said. “Our entire team knows who you are. You see them daily. We build relationships, but you also have the probation element that's here to around accountability for attendance and participation.”

Joe Dankowski said he was out of control: fighting, using drugs, not taking proper medication for his condition, and being charged with felonies. He kept cycling in and out of jail. But not anymore. He said he now understands his illness, and his treatment.

“It's remarkable,” said Jaekel. “He's the same personality, absolutely, and he's a person who believes in himself.”

While Jaekel acknowledges the upfront costs for the PACE program are expensive, he argues that treatment for patients like Dankowski, versus putting them in jail, is a bargain for taxpayers

“It costs more to put a person in jail and keep them there per day than it does to utilize our services,” he said.

Boulder County Sheriff Joe Pelle agrees and said he has real numbers to illustrate how the overall program benefits taxpayers. He said Boulder County tracks a target group of inmates who were continually in and out of jail before getting needed mental health services and entering the pace program.