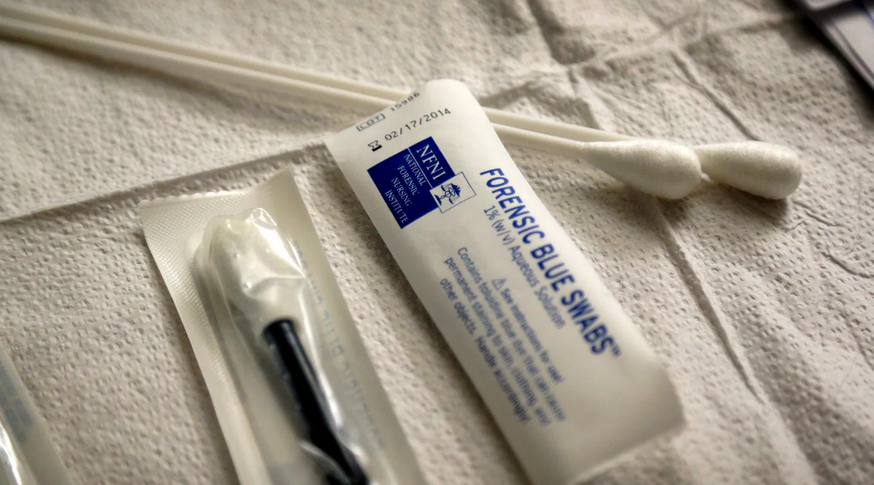 Read a recent Rolling Stone story on a rape at the University of Virginia, and you’re left with a searing question. Why isn’t campus sexual assault – even at its most brutal, as in the fraternity gang rape described by the magazine – treated as the violent crime that it is, and prosecuted in a criminal court?

That was a question that Teresa Sullivan, the university’s president, tried to answer on Monday while addressing the crisis laid bare by Rolling Stone. She said the university has tried to be responsive to advocates who prefer a “victim-centered approach” that emphasizes giving choices to students. She pits that against law enforcement’s requirement for timely reporting.

“Forensic evidence disappears,” she says. “Witnesses forget or move away.”

Sullivan, in her extensive statement to the university, pledged to reconsider the balance between what she laid out as competing interests, and to engage more closely with law enforcement. The magazine’s report created a furor online and protests on campus. A second wave of reaction questioned the thoroughness of Rolling Stone’s efforts in attempting to reach the perpetrators of the alleged crime.

Universities are typically hands-off in their approach to the criminal prosecution of sex crimes involving their students, focusing instead on the internal investigations required under Title IX. In fact, one of the best-known tools for prosecuting sexual assault is sometimes inaccessible to college students.

Rape kits, also known as sexual assault forensic exams or SANE exams, are a way for medical providers to assess injuries, collect a detailed narrative of an assault, and direct medical attention after an attack. They’re also crucial for collecting forensic evidence that can be used to convict rapists. By federal law, victims can get the exam even if they’re unsure whether they want to prosecute; the evidence – and their choice – is preserved.

Liz Hardin, an emergency department nurse, far left, Joanne Knuppe, an obstetrics nurse, and Wesley Rivera, a medical administrator, listen as forensic nurse Kim Nash, far right, leads a training session for Sex Assault Forensic Exams with Emma Agnew, portraying a woman who\’d been assaulted, on Oct. 2, 2014 at Memorial Hospital in Colorado Springs, Colo. Of the top 100 colleges as ranked by U.S. News and World Report for 2014, only four provide the exams in their student health center. Colleges cite the high cost of training and maintaining a SANE program as reason for having them on campus.

But rape kits are not usually available on college campuses, Rocky Mountain PBS I-News has found. Only four of the top 100 colleges as ranked by U.S. News and World Report in 2014 offer them at the campus health centers where students go for routine care and where sexual assaults are often reported, according to University of Colorado researchers Nevada Drollinger-Smith and Lucas Carmichael. UVA isn’t one of them, but is in a minority of colleges that offers rape kits at a university-affiliated hospital adjacent to campus.

What does it mean for students when rape kits aren’t made readily available? I-News spoke to Jada Garber, a University of Colorado alum who was ushered into a police station interrogation room, handed Q-tips and told to collect her own evidence. She did, and it was used to convict her attacker. Another student at Colorado Mesa University in Grand Junction described having to wait two days – without showering – after an alleged attack for a SANE nurse to be available anywhere in the city.

Many more students are unlikely to go to those lengths after an assault. And without a rape kit, the odds of a sexual assault conviction decline from an already miniscule rate. Without a rape kit, the victim’s opportunity to make the choice of moving forward with prosecution dims considerably.

Sullivan may be right that a victim-centered approach is at odds in some ways with the necessities of law enforcement. But rape kits serve both interests.