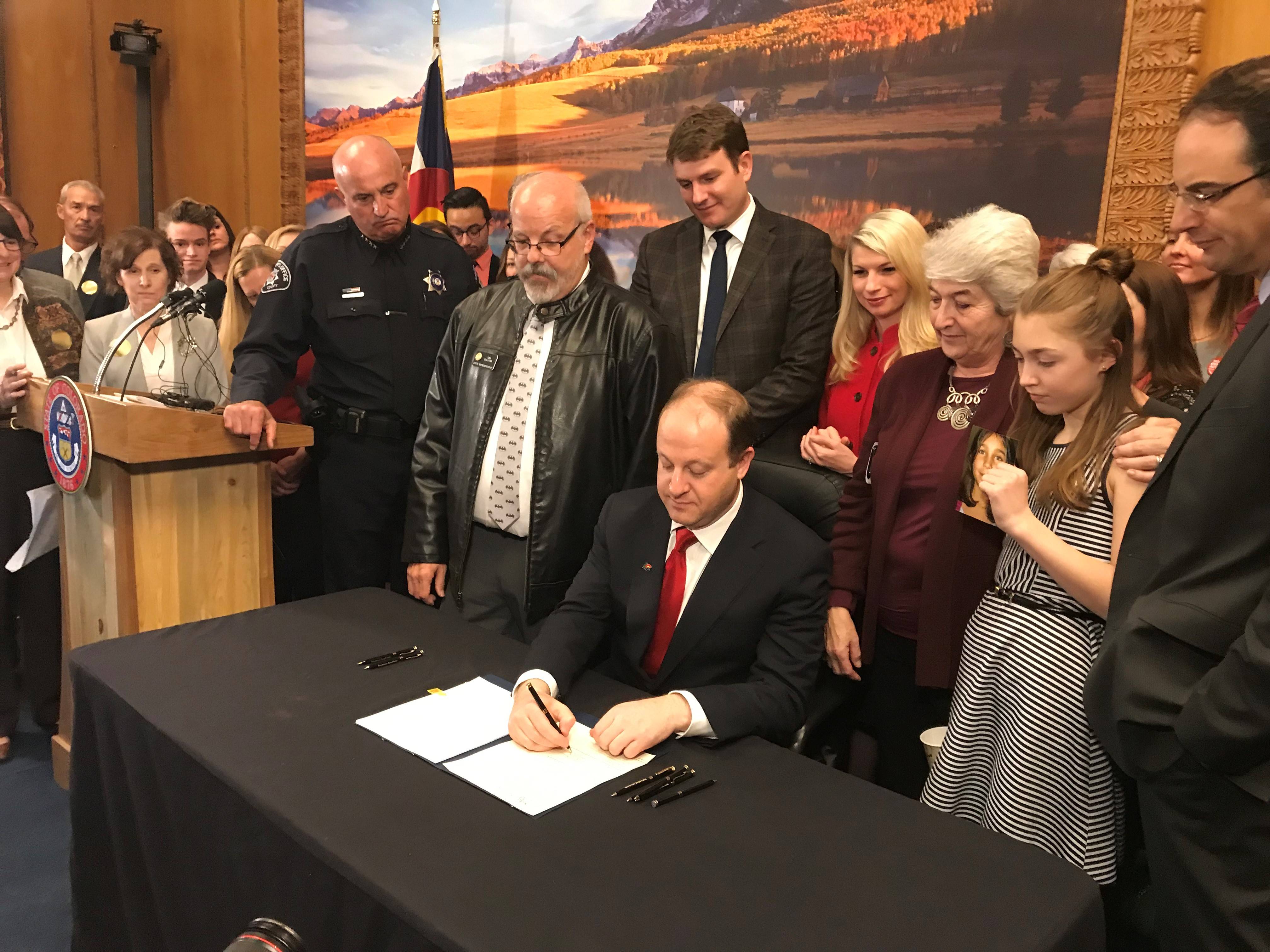 Governor Jared Polis has signed the Extreme Risk Protection Order (ERPO) bill into law  allowing law enforcement and families to petition a judge to temporarily remove firearms from of at-risk persons who may be a danger to themselves or others. Bill sponsors say it will protect both mentally ill persons, or those in an emotional crisis, as well as law enforcement officers.

House Bill 19-1177 passed the House with a 35-25 vote while it barely made it through the State Senate 18-17. Senate President Leroy Garcia, who represents the Pueblo area, is the only Democrat to vote against the bill in his chamber, saying his constituents in rural Colorado opposed it.  Proponents of the law say it will save lives. But the bill received significant opposition from gun rights advocates and some county sheriffs who said a judge’s ruling without the person in question present is a violation of due process.  They also charge that the removing firearms, even temporarily, without the owner’s permission violates the Second Amendment and is unconstitutional.

Proponents argue that, under the new law, authorities will not have to confront the at-risk person at home or an uncontrolled situation. Instead, the at-risk can be picked up by law enforcement in a public place when unarmed and taken to treatment, and then officers can proceed to his or her home to safely remove firearms.

The new law will would allow law enforcement, family, or members of a household to petition a judge to remove guns from someone they believe is a risk to themselves or others.  The judge could then order firearms to be removed for 14 days until there is a hearing on the matter involving the plaintiff and respondent.  If the respondent is found to be a risk to himself or others the judge could order guns be temporarily removed for up to 364 days or until the person is found to be no longer a threat.  The new law provides that the state will pay for an attorney to represent the respondent.

The bill is named for Douglas County Sheriff's Office Deputy Zackari Parrish who was killed on New Year’s Eve 2017 by Matthew Riehl. Riehl, a lawyer with a history of mental illness, shot Parrish and six other people as Douglas County deputies tried to take Riehl into custody on a mental health hold. Riehl was well-known to law enforcement in Colorado and Wyoming as his family had repeatedly called law enforcement because they were concerned that he could be violent and had guns.

An RMPBS “Insight with John Ferrugia” documentary, “Imminent Danger” detailed, through interviews with both the family and law enforcement, that both felt powerless to prevent the confrontation because they had no way to separate Riehl from his guns prior to trying to take into custody for treatment.  Both Douglas County Sheriff Tony Spurlock and Matthew Riehl’s mother agreed that a “red flag” law could have saved lives.

The ERPO bill sponsors showed a portion of the RMPBS documentary to a legislative committee and a packed hearing room saying that documentary project could help educate legislators and the public on the issues surrounding the nexus between mental health and guns.

Some opponents say when the law is implemented, they will challenge it in court on constitutional grounds even though similar laws exist in 14 other states.