How safe is super-concentrated marijuana?

Last Updated by PBS NewsHour on 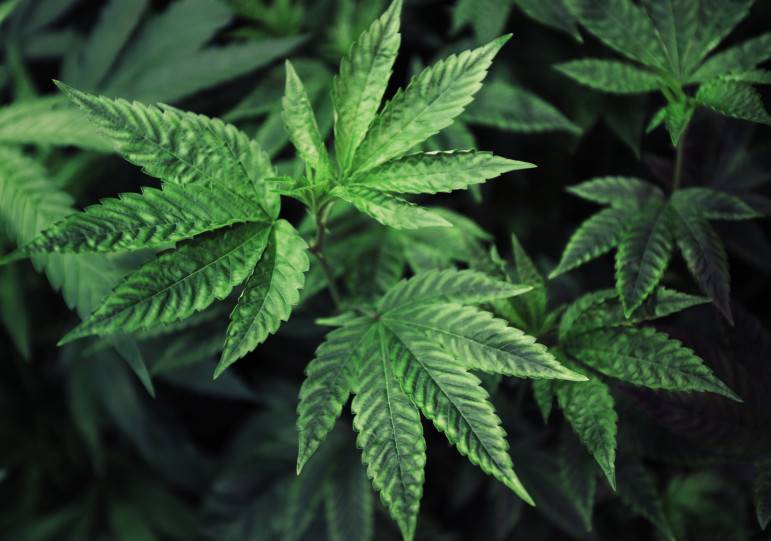 Now legal in eight states, there are unanswered questions about the impact of recreational marijuana on public health. To maximize potency, pot can be purified for maximum THC, its psychoactive ingredient. But a lack of research and restrictions on these very high concentrations is raising concerns. Special correspondent John Ferrugia of Rocky Mountain PBS reports.

JUDY WOODRUFF:  With recreational marijuana now legal in eight states, a serious health and safety question about the potency of the psychoactive drug in cannabis, known as THC, are emerging.  In Colorado, some marijuana products contain 90 percent pure THC, with little research documenting the physical and mental effects on consumers.

This week, the state’s health department announced more than $2 million in grants to study the impacts on driving and cognitive functioning.

As John Ferrugia of Rocky Mountain PBS in Denver reports, there are concerns that the effects on some users could be deadly.

JOHN FERRUGIA: He made video diaries to keep his family and friends updated on his life, looking forward to the New Year.

JOHN FERRUGIA:  But just four months later, in April 2016, Marc Bullard took his own life.  His written diary shows severe depression seems to have taken a quick hold on him.

JOHN FERRUGIA: And Mike and Ginny Bullard say he spent time with family and friends and showed no sign of being down.

MIKE BULLARD:  And what we saw in the in the diary later was by January the 16th, I guess, he’s talking about suicide.

JOHN FERRUGIA:  It was only after his death that his parents began reading his written diaries.

When did you first see the first entry about dabbing?

MIKE BULLARD: That was in the March the 5th.  And that’s where he talks about you know, I think I’ve been dabbing too much.

JOHN FERRUGIA:  Dabbing, Mike and Ginny had never heard of it.  For the uninitiated, dabbing is a way to smoke a potent form of highly concentrated THC, the active ingredient in marijuana.  It’s known as wax, shatter, and honey.  It gives the rush of an instant high.  And in Colorado, where recreational marijuana is legal, there are no limits on THC concentration levels in a dab.

Dabbing was becoming part of the subculture looking for an ever increasing THC high.

GINNY BULLARD, Marc Bullard’s Mother:  Yes, we heard that marijuana was legal but we’re thinking about people smoking cigarettes.  This is a very potent marijuana concentrate.  And some people have told us that the THC levels are 80 to 90 percent.  We had no idea that this was something that was legal in Colorado.

JOHN FERRUGIA:  Not only is high potency THC legal in Colorado, there has been an ever increasing effort to extract THC in its purest form.

RALPH MORGAN, CEO, Organa Labs:  The sophistication in labs like this is so high, that we can achieve near perfect purity, 98 percent, 99 percent THC or CBD or any cannabinoid that we’re isolating and extracting to the crystalline form.

JOHN FERRUGIA:  Ralph Morgan is the CEO of Organa Labs, a company that extracts THC from marijuana for use in a smoking device.  His solution used by consumers is almost 90 percent pure THC.

RALPH MORGAN:  The industry is chasing purity for the benefits of that.  Those benefits are a product that’s repeatable, that’s safe, and has an effect that’s consistent.  With purity comes potency.

JOHN FERRUGIA:  While Morgan and others in the industry provide an ever purer product, and high potency, it is not their job to worry about how much consumers use, or how they use it, nor is it their responsibility under Colorado law.  Even so, the industry knows that adverse reactions are bad for business.

JOHN FERRUGIA:  Ginny and Mike point to Marc Bullard’s own words in his diary indicating that he was suffering from a dabbing addiction.

GINNY BULLARD:  “I found out I was dabbing too much which I already knew and had cut back in February, but apparently if you overdo it, you can get almost like poison and experience some negative effects.”

JOHN FERRUGIA:  People have said well you know you can’t get addicted to marijuana.

KARI FRANSON, University of Colorado School of Pharmacy:  Oh, you can.  Oh, definitely, you can.

JOHN FERRUGIA:   Dr. Kari Franson is associate dean at the University of Colorado School of Pharmacy and has been studying cannabis for years, including human studies in the Netherlands where marijuana consumption was allowed long before Colorado.

KARI FRANSON: It’s because marijuana stimulates dopamine in this part of our brain that we call the reward center.

JOHN FERRUGIA: In the case of 23- year-old Marc Bullard, his death certificate lists a contributing factor to “use of concentrated marijuana products”.  And the autopsy report showed high levels of active THC in his body.

But even Marc’s parents realize there is no way to know if it was THC that caused his slide into despair.

JOHN FERRUGIA:  That’s compared to a limit of 10 milligrams in each serving of an edible in Colorado, or maybe 25 milligrams of THC in a typical marijuana cigarette.

But it’s not just mental health that is of concern.

Brandon Cullip was 17, had only had his driving permit for a week, and his friends in the car told him he was too high to drive, but that didn’t stop him.  Cullip pleaded guilty to vehicular homicide, and reckless driving in the death of 16-year old Chad Britton.  Cullip is serving a two-year sentence in youth corrections.  Police say he had been dabbing high concentrate THC before getting behind the wheel.

Chad Britton is one of 36 people who died in 2014 in automobile accidents that the Colorado Department of Transportation attributed to fatalities where THC was the only substance inhibiting the driver.  2014 is the year marijuana was legalized for recreational use. That is compared to 107 people who died that year in alcohol- only crashes. The percentage of marijuana-only fatalities is small but has been edging up since 2013.

KARI FRANSON:  Dabbing has become very popular, very quickly, without any kind of understanding how much is actually getting into the brain and what are the effects of a typical user.

DR. LARRY WOLK, Colorado Department of Health and Environment: The credible research that exists was all done on THC potency. That’s very low compared to what we see being made available through products today.

JOHN FERRUGIA:  Dr. Larry Wolk is director of the Colorado Department of Public Health and Environment. His agency is tasked with ensuring marijuana products are safe for consumption.

Wolk says the many delivery systems of high-potency cannabis products complicate its study.

DR. LARRY WOLK: You can smoke it, you can eat it, you can dab it, you can do whatever. And we don’t know what all of those different forms do with regard to absorption and the effect it has on people’s health.

MIKE BULLARD: We didn’t know about the concentrated marijuana products and the different levels of the THC. Everybody thinks it’s innocent, you know, just kind of relax people, it’s going to make him mellow, it’s not going to do any danger to him.

GINNY BULLARD: After reading through these and seeing the significant changes in his patterns, this is the only thing that we feel that it points to, is the dabbing.

JOHN FERRUGIA:  But voters here, and in other states, have approved recreational marijuana, despite any potential harmful effects. In southern Colorado, a center of production and sale of cannabis, voters rejected a measure that would have shut down operations. The message: legal marijuana is here to stay in Colorado and across the country. The only question now is whether states might tighten regulation for the ever increasing number of consumers.

For the PBS “NewsHour”, I’m John Ferrugia in Denver.

This story was originally posted on PBS Newshour.