Local Immigration and Customs Enforcement (ICE) leadership are pushing back against months of protest and criticism aimed at the privately-operated immigration detention center in Aurora, opening the doors to the often-secretive facility and vowing to answer questions from the community.

Protestors gathered outside the detention center multiple times over the summer and fall of 2019. The largest demonstration prompted national headlines after a small group of protestors broke off from the organized vigil and removed flags flying outside of the detention center, replacing them with a Mexican flag and anti-police flags.

Demonstrators also marched to the home of the warden employed by the detention center’s private operator, the GEO Group.

“There's a lot of things that's being said through the media that are just not true ... that we’re running concentration camps, that we're abusing people,” Fabbricatore said. “We shouldn't have to defend ourselves on what we do because it is the law. People can go to their Congressman if they don't like the law and they can get those laws changed, and we'll enforce those laws as they're written.”

ICE points out that the large majority of people they arrest have either been convicted of crimes or have criminal charges pending against them. ICE data shows about 86% of the people arrested in the Denver area of responsibility in the first two quarters of 2019 had criminal pasts.

In September the local field office announced 42 arrests of criminal aliens in a five-day operation in Colorado and Wyoming, while blasting sanctuary policies Fabbricatore said are making communities less safe.

Fabbricatore also invited the media to the local field office one Saturday in September in conjunction with the release of a letter to the American public from ICE officials nationwide aimed at “dispelling myths” about what ICE does. The letter expresses fear those misconceptions may lead to violence.

“We have received threats because of security issues. I can't go into those threats specifically, but we receive threats daily to this facility,” Fabbricatore told reporters gathered at the field office.

The local ICE office said roughly 66% of the detainees in Aurora are people brought from the border, where immigration lock-ups have been described by government watchdogs as “dangerously overcrowded.” Fabbricatore said the facility in Aurora is providing more care than the temporary border processing centers can provide.

“We have opened these facilities so that we can get them better medical care and they're better taken care of,” Fabbricatore said. “They can go through this process that they have put themselves in, so that there's a possibility that they may someday become a United States citizen. Our goal is not to throw everybody out of the United States … I want to see people become United States citizens, but it's got to be done in a process. It has to be done legally.”

This year ICE officials said they have allowed 31 journalists to tour parts of the detention center, including one local news camera crew.

When RMPBS staff members toured the facility with other reporters in August, reporters were instructed not to speak with any detainees. Fabbricatore answered questions for reporters after the tour.

Several members of Congress also toured the detention center over the summer, including the full House Democratic delegation from Colorado.

Rep. Jason Crow (D-Aurora) launched weekly oversight visits to the facility in July, posting the weekly reports on his website. He described to RMPBS what detainees told him after a July visit. 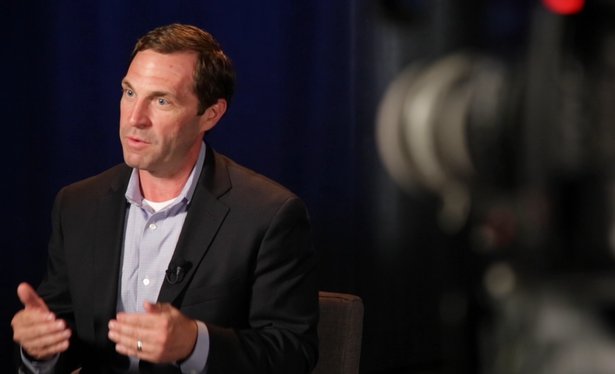 “What we heard about today were women who couldn't get access to health care," Crow said. "One woman submitted a request for Ibuprofen to deal with severe cramping and she still hasn't a week later received even Ibuprofen. And a lot of those women have taken, you know, one to three weeks to get basic care or access to a doctor or a nurse. That's problematic in my view."

Republican Rep. Ken Buck came away with a different impression when he toured GEO in August.

“I saw dedicated and professional staff, and extensive health services, including access to medical treatment, dental care, and mental health care," Buck said at a September hearing on Capitol Hill. "Every detainee was offered preventative care including an MMR vaccination. A telephone with toll-free access to a detainee’s consulate, a law library and immigration court, dormitories with a day room equipped with tables and chairs, televisions, games and X-boxes. Contrary to false claims from members of Congress, those are not the kinds of facilities reminiscent of a concentration camp.” 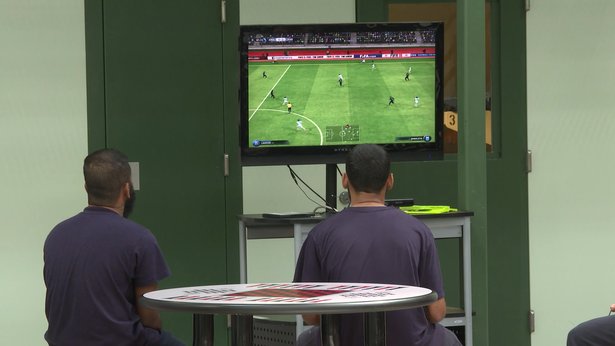 RMPBS asked to interview Buck about what he saw at the detention center, but his office said he was not available.

Members of Aurora’s city council have also described their tours of the facility, also coming away with differing impressions.

Council member Dave Gruber called criticism of the center “exaggerated” in an op-ed published by the Colorado Sun.

At a contentious council meeting interrupted by a protest in October, council member Françoise Bergan disputed the comparisons to concentration camps made by some protestors.

“I did visit the GEO detention center and there are comparisons being made that are not truthful,” Bergan said.

Council member Allison Hiltz proposed new regulation of the detention center after she tried to conduct a surprise inspection with Crow in February. Detention center staff turned them away, and ICE has explained that was because they brought media with them. When they ultimately were granted access weeks later, Hiltz said she doubted she was getting a true view of the operations.

“When we were talking with the detainees, there was someone standing right behind our shoulders to listen in on what they were saying,” Hiltz said. “They rolled out the red carpet. I smelled fresh paint, so it was … exactly what they want you to see.”

“It appeared as though they had recently painted in the facility ... certainly it seemed like there were some changes made,” Crow agreed. “I will say, that's in part the goal of oversight. And my job is to bring things to light to increase government transparency, to let the community know about those issues. We actually have seen some positive change from that.”

Crow’s office pointed to a number of improvements that have been made since that failed surprise inspection in February, including communicable disease screenings and vaccinations, repairs to broken detainee visitation phones, new hiring in vacant medical positions, and improved food safety oversight. And ICE has pointed to the weekly visits as evidence there is ample oversight of the facility.

“Congressman Jason Crow[‘s staff] comes into our facility weekly," Fabbricatore said. “They are allowed to look around. They’re allowed to talk to us about whatever they see. He wants to make some changes there. We are working on conversation with that. If there are things that need to be changed, we're willing to look at that.”