Meet the Candidates for Attorney General

Last Updated by Insight on

Colorado’s attorney general is the chief lawyer in the state, offering the government and its officers legal advice, defending the state and its departments against legal challenges and providing consumer protection. The candidates to replace outgoing Republican Cynthia Coffman are: 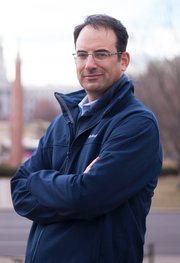 Democrat Phil Weiser, the former dean of the University of Colorado law school and a former attorney in the U.S. Justice Department... 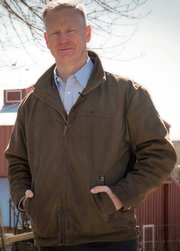 ...and Republican prosecutor George Brauchler, the district attorney for the 18th Judicial District.

Their answers have been edited for brevity, and the questions are paraphrased.

Q: Attorneys general around the country have taken action legal action against the Trump administration on issues like DACA, family separations at the border, and the travel ban. What is your standard for joining such lawsuits if you are elected?

Phil Weiser: For me, the standard is: how do we protect the people of Colorado and the rights of all Coloradans. If something hurts Coloradans, I’m concerned. Here's an example: The Affordable Care Act promises everyone protection, even if you've got pre-existing conditions, you have the ability to purchase health care without being discriminated against. That law is now being walked away from by our federal justice department. They’re not defending the law, they’re not enforcing it. I as a state attorney general, I have the ability to do that, because that protects Coloradans.

Q: What is your legal experience and how does it compare to your opponent’s?

Weiser: I've worked at the U.S. Supreme Court. I've worked at the Justice Department in two administrations, and I've led the CU law school as dean. The job we’re talking about, it’s a legal job. The attorney general is the chief lawyer for the state on a range of issues. George Brauchler has spent most of his career as a criminal prosecutor. That's not what this job is. This job is not to be a king D.A. …  He doesn't have the range of legal experience around water, around consumer protection, around constitutional law.

The job is not to try cases. The last time the attorney general tried cases was in the 1860s. What we need in Colorado is a lawyer for the people of Colorado, a lawyer with broad legal expertise, the right values, and leadership experience to get things done. That's what I'll bring to this job.

Brauchler: I’m the only candidate who’s ever practiced any kind of Colorado law anywhere … Unless you have actually filed a lawsuit, defended against a lawsuit, stood up in a courtroom, and made an argument to a judge, to a jury, your ability to weigh those issues and how effectively they can be advocated for is limited to just turning to your employees and saying, ‘Well what do you guys think? Should we take a vote?’ You don’t get that with (me.)

I’ve tried cases and handled cases in municipal, state, federal and military court, and I have spent my career practicing Colorado law. So whether it’s in the courtroom or out of the courtroom, this is a job about enforcing the law. No candidate who has never, ever enforced Colorado law should be able to stand up and say that doesn’t matter, because that doesn’t make sense to voters.

Q: The current attorney general has blocked communities from restricting oil and natural gas development. Where do you stand on the debate, should communities have local control?

Brauchler: My opinion on whether they should or should not have it is irrelevant, what matters is the rule of law. We have a pretty robust system in the state of Colorado for governing and protecting us from oil and gas exploration. It’s through the COGCC, the Colorado Oil and Gas Conservation Commission.

That framework says this is a matter of statewide concern, not a matter for local concern. Where local governments make the decision to do something in contravention of our laws, whoever is the attorney general in this seat is duty-bound, just like General Coffman did, to take action to keep them from doing it.

We have 64 counties and like 8 trillion cities and towns. If every single one of them tried to adopt their own specific way of regulating oil and gas, oil and gas disappears from the state of Colorado, because there’s no way to operate within that framework.  The way to get the locals invested in this, the way to get them engaged in the conversation, is to permit them the opportunity to sit down with oil and gas and say ‘Look, for the purposes of this, where can we address your concerns?’

What I would do is create a special unit in the attorney general's office to provide guidance and support to localities so that they can actually oversee oil and gas development in ways that are happening across our state, build best practices, and make sure that companies act responsibly.

The Supreme Court has ruled you can't ban, on a local level, oil and gas development. That is the law. I respect and appreciate that. What I want to do is make our current framework work.

Q: Law enforcement officials are telling us black market marijuana is a growing problem in Colorado. How big of a problem is it in your view, and what would you do to address it?

Weiser: The black market that exists now is often people growing marijuana here without authority to do so and selling it to other states. And that’s an issue …  it’s hard to know exactly how big … Do I think it’s the top issue facing this state? No. It’s an important issue.

In rural areas in particular, the attorney general’s office has a major crimes unit. They’ve got the ability to lend out support to local DAs. And that’s an area that I would emphasize.

We need to be sure we support local DAs’ offices on a range of issues including black market marijuana, but other issues too, because they often can find themselves overwhelmed.

There’s an area where we can be supportive, working with local DAs to help them.

Brauchler: I think it’s significant. And it’s not just significant for us in the state of Colorado, it’s significant for everyone outside of our state. … A pound of marijuana in this state is probably going for about $800 to $1,000. If you can get it to the east coast, it’s worth four to six times that amount, $4,000 to $6,000 a pound. … Criminals understand that kind of easy math.

I want to think about the AG’s office anew… what I’ve advocated for is to create regional task forces, regional offices can be built around them, to support, not to supplant, but to support regional law enforcement in trying to crush the black market.

We have great resources here in the metro area (but) they’re abysmal everywhere else. That’s a way to take some of that resource deficit that exists in the rurals and kind of offset it.