Meet the Candidates for Treasurer

Last Updated by Staff on

Colorado’s treasurer invests and manages more than $6 billion in tax dollars, oversees the public’s unclaimed assets, and sits on the board of the Public Employee Retirement Association, which manages pensions for more than a half million Colorado public employees, like teachers and police.

There are two men vying for the job currently held by gubernatorial candidate, Walker Stapleton.  Below, find a Q&A with both men about their priorities as Treasurer.

The questions are paraphrased. The answers have been edited for clarity and brevity.

WHO ARE THE CANDIDATES? 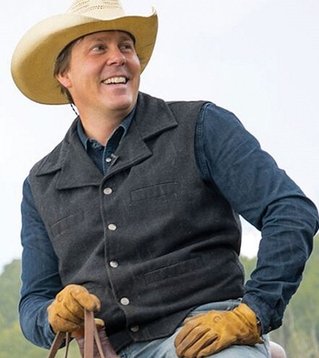 Brian Watson is the CEO of a commercial real estate investment company and says he has personally overseen more than a half billion dollars in acquisitions. 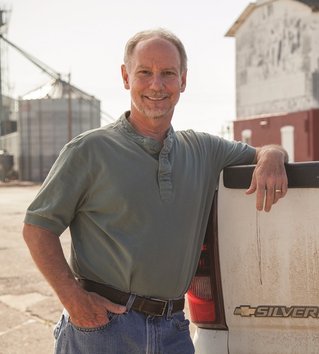 Q: WHY DO YOU WANT TO BE STATE TREASURER?

Watson: Well this stuff matters. You know, I grew up in very humble means on the western slope of Colorado, founded my company over eighteen years ago, so I'm an entrepreneur and business owner.

And I really believe we need people in these positions who want to do it for the right reasons, number one, and also have the business experience to bring to the table.

We don't just need another career politician looking for the next job. One of my campaign pledges is not to take a salary from the government when elected because I want to do my small part to try to reduce the cost and burden of government.

Young: It's over the last four years I've had a front row seat to really understand the finances of the state deeply and I think it's given me the skill set to do the kind of work in the treasurer's office that's required.

Tax money comes in through the budget and about seven billion  -maybe six and have billion at any given time - is in the treasurer's office.

We want that money to be safe. We want to be transparently invested,  wisely invested. We want to get some return on it.  But the number one issue there is that has to be safe, and so it's imperative that we keep good tabs on the taxpayers' money.

Q: HOW DO YOU EXPECT TO IMPROVE PERA AS ONE VOICE ON THE BOARD AND WHAT CHANGES NEED TO BE MADE?

Watson: The first thing I'm going to do when elected treasurer is call every single board member the other (fifteen) members and sit down with them individually and get to know them as people -  figure out what our commonalities are.

Everything I've done in my career is about building bridges and tearing down barriers among people.  And then, (I’d) collectively go and say, you know, what what's been done is done.  We need to fix it going forward.

Young: (I plan to help fix PERA) the same way that I think I did my work on the joint budget committee. I mentioned that we have six members on the joint budget committee - three are Democrats three Republicans - and it takes four votes in order to get anything done on the on the budget.  And we literally take thousands of votes and work very cooperatively and very collaboratively together in order to make sure the we're meeting the needs of the citizens is of Colorado. I think I can bring that skill set.

It's the issue of working with people and being a problem solver. I think that's what that's what's needed at this point

We may need to run bills this next session.  Of course the Treasurer can't run a bill, but as Treasurer I have certainly a lot of legislative experience and know how to set the stage for that.

Q: WHAT ABOUT THE COST OF LIVING ADJUSTMENT IN PERA?

Watson: I think we really need to look at and analyze it.

Several proponents have said, you know, move that down to zero and that way, they at least still get their benefit but they're not necessarily getting a cost of living adjustment.

You have to realize, though, this about dining room table economics. Things are getting more costly and so that's why they need to have a cost of living adjustment, but we need to ratchet it to the point where it's going to make the program healthy and sustainable.

I'm coming to the Treasurer's office using an outsider's business mindset. Every single day at my company we have to figure out how to be better, smarter, faster.

Young: Right now we have a zero cost of living for the next two years and then it's going to be one and a half percent.

Here's the problem: there are some people that will be fine at one and half percent as retirees. There will be others that are actually riding the line between poverty and sustainability, and if that cost a living adjustment doesn't keep them sustained they fall into poverty.

I think we have to look at these two issues in some depth, the amount of money that we're able to commit to PERA to keep it sustainable, and then the cost of living adjustment that keep people out of poverty.

Q: HOW WOULD YOU ADDRESS PROBLEMS WITH THE GREAT COLORADO PAYBACK PROGRAM WHICH MANAGES UNCLAIMED PROPERTY AND ASSETS BELONGING TO MORE THAN 1.7 MILLION PEOPLE AND BUSINESSES? MANY HAVE COMPLAINED IT TAKES TOO LONG FOR RIGHTFUL OWNERS TO GET THE ASSETS BACK.

Watson: The first thing that we would do -  the 30 person staff that the Treasurer works with there -  is for me to build a relationship with each individual and say, “look, we need to be better, smarter, faster,” and we need to realize who our customer is.

I don't think the Treasurer's office or a lot of government knows who their customer is and our customer is the people of Colorado.

What are the road blocks? What are the barriers? What can we streamline? And that comes from leadership from the treasurer and being active. Having a website that people can have access to. Communicating (with) people to look at their assets.

The other thing that we should do is look at doing field trips. You know, it's amazing to me the amount of assets that the people of the state has of the people, and I think it would be fun for people to realize some of the assets that are there and it might encourage you to say, “You know what? I should go online and see if I have some assets with the state.”

Young: So there's a staff in that office that have operated over a long period of time really more on a paper- based system than they have on a technology system.

The Treasurer's office came to the joint budget committee asked for some money to implement technology system a few years ago, and they're in the process of implementing that.  We haven't actually seen how well that's working and if it's solving some of the problems.

We may need more people in (that office) to actually do the work. I know that the person that was in charge of it – the head of that division – has since retired, and there’s going to be a new person in place.  So, that change may help with the technology and maybe some addition of some personnel in that office may speed that up.

There is going to be a performance audit done by the state auditor. Unfortunately that takes a few years sometimes. A performance audit can be helpful, but in the meantime what do we do? We've got to make some changes in order to make sure that we get these claims processed more quickly.

Q: BRIAN WATSON HAS SAID HE WOULD NOT TAKE A SALARY AS TREASURER AND WOULD CONTINUE TO BE THE CHAIRMAN OF HIS OWN COMPANY IF HE WERE ELECTED.  WHAT SHOULD VOTERS KNOW ABOUT THIS?

Watson: If you want something done in life what I've learned is give it to a busy person. Beware of the person who's always bored and has nothing to do.

I have built up my staff over here on the private side where they're a great running team, and I'll serve as a chairman in overseeing that. But I'm going to be the most active, dedicated state treasurer you're ever going to see.

My parents told me when I was young, Brian you'll be blessed if you get to impact one life for the better And if you could impact hundreds or millions so be it, but focus on the one.

And so you think about the role the state treasurer, if we can actually go and figure out PERA - not only are we affecting the six hundred thousand people who are depending on it, like my sister the school teacher, but the entire state of Colorado.

Young: I will say that there is some concern in my mind if he's not going to step away from his current business dealings, and that's why he doesn't need a salary. He's got all of his companies running simultaneously along with his work in the treasurer's office.  That certainly raises some concerns that he maybe doesn't need to take a salary because he's got all that going on.

I don't think the treasurers should have their attention divided. This is a full time job.  It is a very important job. It needs a lot of attention. I intend to give it my full attention. I'm not going to micromanage people in that office, but I'm going to be there every day providing oversight, and I'm not going to be distracted by other things that are going on - like having another business that I'm running or something like that.