Parents of James Holmes Search for Answers, Work for Awareness about Mental Illness

For six years, Bob and Arlene Holmes have been searching for answers.

Why had their son, James Holmes, murdered and maimed so many people at an Aurora theater in 2012? And why had they not recognized his descent into mental illness? Now they are reaching out to college students, counselors and Congress, sharing what they have learned.

“I think it's sort of what we are now,” Bob Holmes told Rocky Mountain PBS. “We're the parents of a mass murderer.” 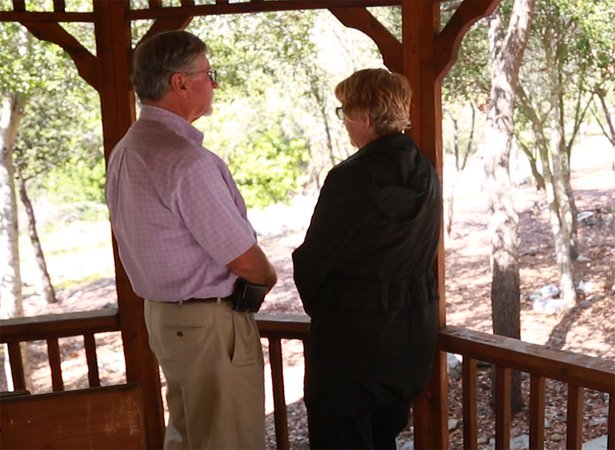 “I think it's sort of what we are now. We're the parents of a mass murderer.”

The Holmeses have been quietly working to help educate mental health professionals about what care providers are allowed to share with family members regarding an adult child’s care. And they’re trying to help more parents see what they didn’t: clear warning signs their son was losing touch with reality.

“You start to notice that he is pulling back, staying alone much more, not talking very much,” Arlene Holmes said. “We learned that this gradual decline in interaction and talking, speech, were hallmarks of this disease, this mental illness.”

Yet neither of them had been too concerned at the time.

“We're very introverted,” Bob Holmes said. “So when he showed that particular behavior, I mean, I wasn't really surprised or particularly alarmed.”

So about a month before the Aurora theater shooting, they weren’t concerned when a University of Colorado psychiatrist called to tell them she was treating James Holmes for social anxiety. They knew their son was simply not comfortable around most other people.

The call seemed reassuring, Arlene Holmes said. “He's seeing somebody for social anxiety and he's going to keep seeing her. This is a good thing.”

But the psychiatrist didn’t tell them that their son was having homicidal thoughts and had talked about killing a lot of people.

The psychiatrist “didn't tell us what we needed to know,” Arlene Holmes said. “Who can say one hundred percent that [we] could have prevented it. But we sure as hell would have tried.”

James Holmes was an adult, entitled to his privacy under HIPAA, the Health Insurance Portability and Accountability Act of 1996, a federal law that safeguards medical information.

However, the federal law was updated in 2016 to allow what is called "compassionate communication" so that families can be notified of information that might help care for their loved one. Arlene Holmes says she’s made sharing this information one of her goals.

“I think providers have to be specifically educated in when they're not trampling on HIPAA and trampling on civil rights, and when they are revealing information for the good of the patient, so that they don't live in fear of litigation,” she said.

“They wouldn't release the information to us. But, it's crucial information if you're someone who wants to shoot people, kill people.”

The Holmeses also support a push for earlier identification of mental issues by school teachers, counselors and administrators.

“They may see things that the parents do not, because that is when a kid is around a lot of other people,” Arlene Holmes said. 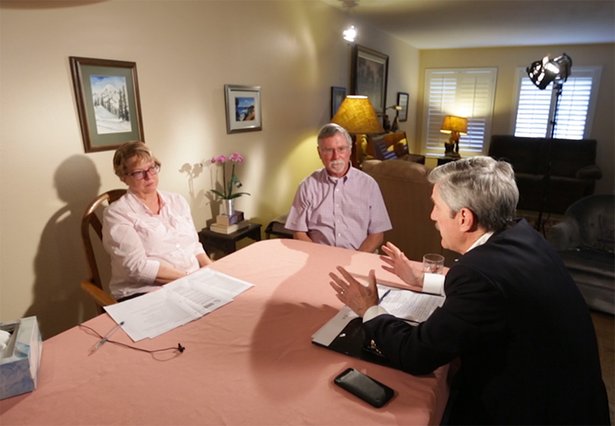 "If you're going to have a baby, you need to understand mental health."

But both parents say recognition of mental illness has to begin within the family.

The Holmeses blame themselves for what happened in Aurora that night. They believe they should have known more about mental illness.

“We're his parents…” Arlene Holmes said. “It's our fault for not being educated. If you're going to have a baby, you need to understand mental health. And you need to start looking for things and making sure that your kid has no mental health issues…That's the message.”

Marcus Weaver, who was seriously wounded by James Holmes and whose friend Rebecca Wingo was murdered, says James Holmes’ actions were his own, not his parents.

“Their son's in prison for the rest of his life and you know we still have to live our lives,” Weaver said. “And so part of me feels for them, being put in that position in the spotlight because of something your son did.”

Weaver says he has forgiven the gunman, even though he does not know if other victims feel the same way.

“You can't know everything about your kids.” he said. “They weren't living in the same state and they did checks, you know, and they did everything they possibly could from a distance.”

Bob and Arlene Holmes know the victims live everyday with what their son did.

“We printed out a list and periodically we pray for them,” Bob Holmes said. “We go through it just to remember who they were and what happened to them.”

“The first thing I do in the morning is light a candle,” said Arlene Holmes, “and offer up any good works I can do to the memory of those who died.”

She said she and her husband carry the thoughts of their son’s victims with them always. “Every day,” Arlene Holmes said. “Every day.”