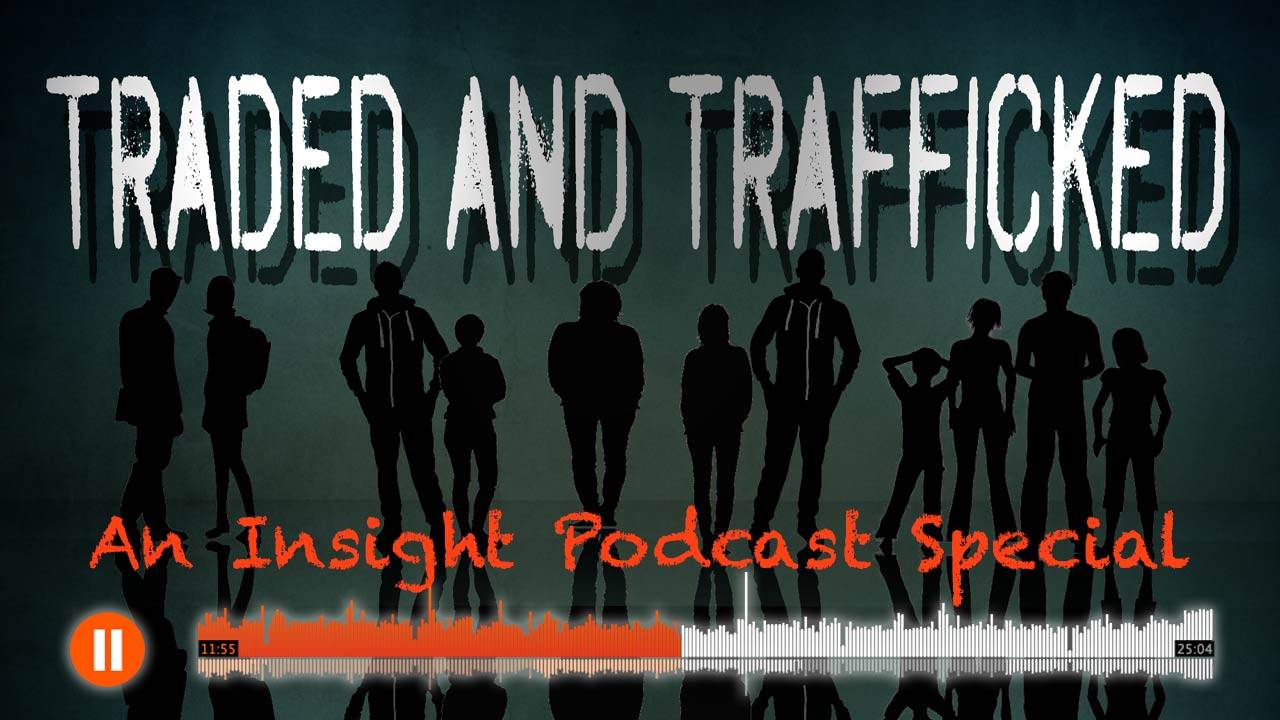 Listen to the podcast here or directly on SoundCloud.

You might not think child sex trafficking goes on where you live, but this type of crime reaches every corner of Colorado.

Last October, in just one high-profile bust, the FBI arrested over 100 people and recovered 84 young victims from all over the country. 17 of those victims came from Colorado, including a three-month-old and a five-year-old. A family friend had offered the two children to an undercover agent; $600 in exchange for sex.

In this story, we focus in on the problem of child sex trafficking in Colorado by examining three key questions: Who are the victims? Why do the traffickers do it? Is enough being done to stop these crimes?

Our investigation found that in some communities, what works is not always what gets done.

Rocky Mountain PBS analyzed statewide court data and found that 369 people were charged with crimes related to child sex-trafficking in Colorado from 2012 to 2017.

Experts say that number is likely much higher. There are cases that never get discovered and that are never prosecuted.

Rocky Mountain PBS reporter Lori Jane Gliha sat down with a victim of child sex trafficking who asked to remain nameless. Here are some excerpts from that interview:

“How I've seen it portrayed is it's someone that you don't even know, kidnapping you and bringing you overseas or even to a different state and that does happen but most people know their traffickers...In my case it was family and then family friends.”

“I was never the girl on the side of the street in high heels being sold that way. It was very hidden from the public eye... I knew every location that I was.”

This victim says it was a school nurse that eventually noticed something was going on with her and alerted the authorities. But several times during the interview, she came back to the idea that the adults around her, including law enforcement, weren’t “trauma informed.” They didn’t know how to spot the signs of trauma or how to interact with a young person who had been traumatized.

“Doesn’t matter what it is, doesn’t matter if you think it’s going to become some big hairy thing or  not. If you see something, you need to say something, to buy them more time,” the victim said, speaking about adults who witness signs of trauma in kids. “Just by acting on that gut instinct, or even trying to pry a little more, you could be saving someone’s life.”

Reporter Lori Jane Gliha wanted to know how traffickers get involved in sex crime so she set up interviews via video chat with two men in jail, both accused of crimes related to trafficking.

“The way it’s perceived from your standpoint, the way you’re looking at it, and where it’s broadcast on the news and you see my charges and stuff, it would take a lot more than me doing a video for you right now,” Durrell Bumphus said, in response to the question.

“I’m the one you all look down upon,” he said, later on in the conversation. “Right now you probably have a notion about me that I’ll probably never be able to change. So that’s why I feel uncomfortable. If I explained my mindframe or where I come from, I don’t know if you would accept what I would say.”

During the interview, Bumphus alluded to money as a motivating factor.

Human trafficking- the trafficking of both adults and of kids- is lucrative. Pimps in Denver reported making around $31,000 per week, when surveyed by the Urban Institute for a 2014 report.

Many of the pimps that researchers talked to gave similar reasons for getting into this type of crime including neighborhood influence, family exposure to sex work, encouragement from a significant other, and lack of job options.

“It is the status, the street status for some people,” Missy Gursky, a treatment provider who works with sex offenders in the Denver area, said. “The one connecting factor whether it’s the high end, whether it’s the street pimp is that money factor. And it’s a product that can be reused time and time again.”

At Durrell Bumphus’ sentencing hearing, his attorney described a tough, unstable childhood. By the time he was an adolescent, he was surrounded by drugs and crime.

But, Bumphus was a repeat offender and appeared to blame the victims, at times, for the crimes for which he was accused.

“This is a situation where we have two young women, one was a juvenile, one was a young woman, who were not able to take care of themselves,” the judge said to him. “You took advantage of their vulnerabilities, you took advantage of their situation, by basically encouraging them, forcing them, allowing them, perpetuating them to sell their bodies to complete strangers. You placed them in extreme danger, and at the very least, extreme trauma.”

She then sentenced him to 20 years in the Department of Corrections.

Human trafficking is widespread. It creates victims and people go to jail. So, what type of solutions are out there?

According to research and analysis by Rocky Mountain PBS, for people who work with victims, like police officers, attorneys and social workers, human trafficking training is key. In reviewing court cases, Lori Jane Gliha noticed that those counties, such as Arapahoe, Jefferson, and Adams, with a task force or specific training also had a high numbers of prosecutions.

Gliha surveyed the state’s 22 judicial districts and found that nearly half had either no training or very little training. She found a direct correlation between the amount of training that these judicial districts had and the number of cases that had been filed and prosecuted.

According to Shared Hope International, a non-profit that works to stop sex trafficking, 19 states require law enforcement officers get human trafficking training. Colorado is not one of them.

Last year, the Colorado Human Trafficking Council recommended that all law enforcement get two to four hours of human trafficking training. But that training is not mandatory.

“Generally people don’t like mandatory things,” Maria Trujillo, the Program Manager at the Colorado Human Trafficking Council, explained. “That then puts struggles on budgets and things like that and how it that gonna get done. And so I think something like a training is going to be far more welcomed when we’re saying ‘here we want to invest in you, we have all the resources, we’re willing to come to you’.”

Colorado Human Trafficking Council is only able to give recommendations. Making training mandatory would require action from the state legislature or a division within Attorney General’s office called Colorado Peace Officer Standards & Training. Neither has plans to make training mandatory for now.