“We didn’t have people who cared enough to save him”: Records describe Colorado man’s death in custody of immigration enforcement

The daughter of a man who died in immigration custody nearly two years ago said she wants accountability, after Rocky Mountain PBS uncovered a government investigation criticizing his treatment inside Aurora's privately-operated detention center. 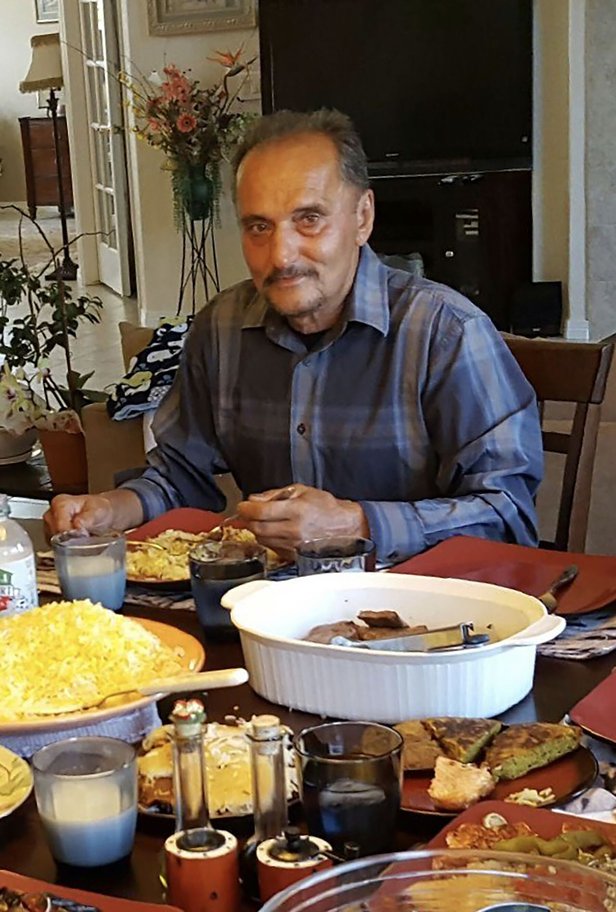 Kamyar Samimi was a lawful permanent resident who immigrated to the U.S. from Iran more than 40 years before Immigration and Customs Enforcement (ICE) detained him in 2017. ICE cited a 2005 drug possession conviction as a reason to begin the process of removing him from the country. He died after spending two weeks in the detention center. An autopsy could not determine the cause of his death but did not rule out methadone withdrawal.

Details of Samimi’s death were largely unknown until May of 2019, when Rocky Mountain PBS obtained an investigative report written by ICE’s Office of Professional Responsibility through a Freedom of Information Act (FOIA) request and published the findings.

That investigation identified 12 deficiencies in Samimi’s care inside the facility, which is privately operated by the GEO Group. The report detailed the opinions of security officers who felt medical staff didn’t do enough to help him as his condition deteriorated, and a nurse who said she regretted not sending Samimi for outside care but feared being criticized because he had stable vital signs.

Handwritten notes from that investigation show just how distressed some employees were.

The notes were obtained by the American Civil Liberties Union (ACLU) of Colorado, which is suing the government for records related to Samimi's detention and death.

The notes show one employee told investigators they were “in shock” and “so sad” upon learning of Samimi’s death. The employee recounted talking to a nurse who dismissed the dead man as an “addict.”

The notes include a quote reading, “We didn’t have people who cared enough to save him.”

“He needed help and no one was able to help him” 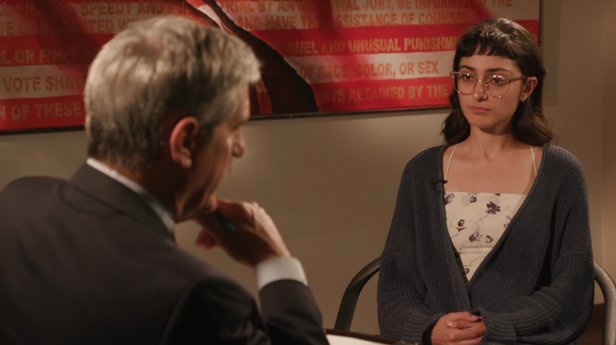 Neda Samimi-Gomez said ICE did not notify her of her father's death until two days after it happened, and at the time, they simply told her had suffered cardiac arrest.

It would take more than 17 months for Samimi-Gomez to learn the details of how her father died. She said the government did not share its investigative findings with her. Instead, the family read the report RMPBS obtained nearly a year after ICE completed its investigation.

“We were finally getting some answers,” Samimi-Gomez said. “My father wasn't properly taken care of ... he needed help and no one was able to help him.”

Samimi-Gomez said her father rarely spoke of his youth in Iran and he was proud to be living in America, working as an auto mechanic.

“All the memories that I have of my dad, he's always making me laugh in those memories,” she said. “Until the day I found out that my dad was dead, and forever, he will always be the same person. He'd be the man that loved NASCAR. The man that took me to concerts and watched movies late at night with me.” 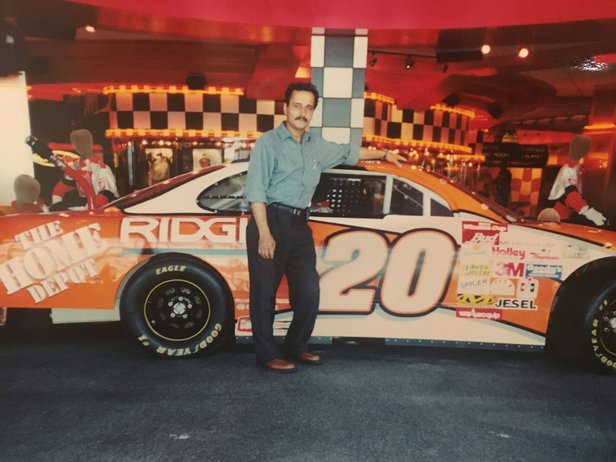 Samimi-Gomez remembers reaching out to invite her father to the family Thanksgiving gathering in 2017. He didn’t respond, and she soon learned from his roommate he had been detained by ICE just days before the holiday.

Records show Samimi told detention center staff he had been on methadone treatment since 1991 and was headed to his methadone clinic when ICE picked him up.

“There was one full time physician at the facility at the time, and he took Mr. Samimi off the methadone cold turkey, which is medically unjustifiable,” ACLU of Colorado staff attorney Arash Jahanian told RMPBS. 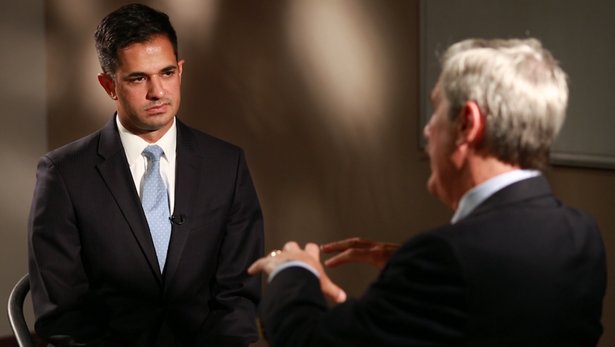 The ACLU of Colorado is now representing Samimi’s family. The organization detailed what it has discovered about his death in a recent report.

The ICE report details that Samimi began complaining of withdrawal symptoms soon after being detained. His condition deteriorated to the point that he barely ate and vomited several times. Some medical staffers later admitted they doubted some of his symptoms were genuine because they thought he was drug-seeking.

The report revealed medical staff did not call 911 on the Saturday Samimi died because they were unable to reach the facility’s full-time doctor on-call.

“He's supposed to be on-call 24/7. The morning that Mr. Samimi died, they tried calling the physician twice and he didn't answer,” Jahanian said. “It was the guards who said, ‘Hey, why are you not calling 911? This looks really bad.’ ... It was finally a lieutenant who initiated the 911 call. And by that point it was too little, too late.”

Denver’s Civil Rights Education and Enforcement Center (CREEC) also sued in an effort to obtain the Samimi report, and ultimately reviewed it along with dozens of other death reviews involving detainees who have died in ICE custody over the past 10 years at facilities all over the country. 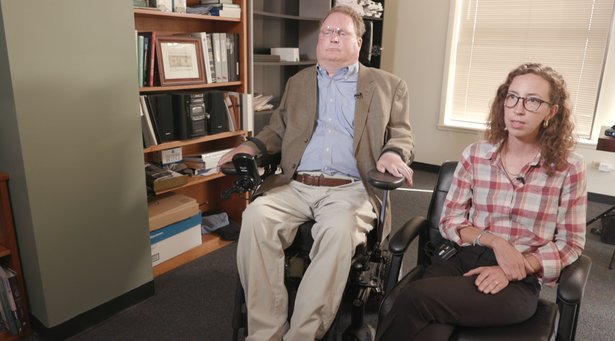 Elizabeth Jordan, director of CREEC’s Immigration Detention Accountability Project, reviewed the deaths while helping to prepare a nationwide class action lawsuit filed by 15 people detained by ICE in Aurora and several other detention centers in other states.

“Sometimes the deaths are remarkably similar, which leads us to believe that they're not actually making any changes when they do this review process. Mr. Samimi's death report unfortunately is another example of that,” Jordan said. “He's actually the second case of opioid withdrawal leading to death that we documented and included in our lawsuit.”

An ICE death review found deficiencies in the care of detainee Sergio Alonso Lopez as he suffered from withdrawal at the Adelanto detention center in California about eight months before Kamyar Samimi died in Aurora.

“Time after time after time over the last decade [inspections and reviews] have found serious violations of standards and health hazards and yet nothing actually happens,” said Tim Fox, the co-executive director of CREEC.

”We have created this system where we are contracting with these for-profit companies that are making billions of dollars of taxpayer money and profit, that are not living up to the standards that are outlined in those contracts,” said Congressman Jason Crow, a Democrat, who represents Aurora has called for ICE to end for-profit detention contracts.

Crow told RMPBS in July, “Nobody's taking responsibility. Everybody's washing their hands of it. People are dying at these facilities.”

“We want to make sure everyone receives care”

Local ICE officials have made few public statements about the findings of the Samimi death investigation, citing the ACLU’s ongoing records litigation.

But ICE’s acting local field office director, John Fabbricatore, did respond when RMPBS asked in an interview what he would say to people who fear people are being neglected in the facility based on the Samimi report. 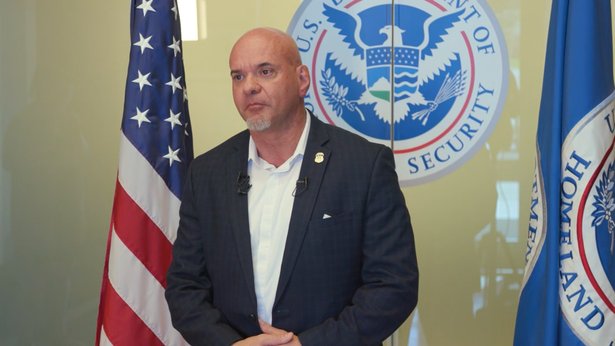 ICE did not answer when asked if the GEO Group had been fined for any of the deficiencies noted in the Samimi death report and has not detailed any changes made in light of the report’s findings.

In early 2019 ICE increased GEO’s contracted capacity in Aurora to nearly double the number of detainees held at the time of Samimi’s death to accommodate an influx of people detained at the U.S./Mexico border.

GEO says it did hire additional health care workers to help care for the added detainees. A GEO spokesperson said there were 32 medical positions at the facility when Samimi died, which had increased to 46 medical positions by September of 2019. That same month, both ICE and GEO announced they were considering adding a second full-time doctor to the detention center’s staff.

Some aspects of what led up to Kamyar Samimi’s death are still being kept from public view. RMPBS submitted a FOIA request in May seeking the facility’s surveillance video specifically referenced in the ICE death review. ICE responded in August that “no records responsive to your request were found.” RMPBS appealed that decision and ICE’s law division determined in September that another search should be conducted.

Meanwhile the ACLU of Colorado’s lawsuit for previously-requested records related to the arrest, detention, and death of Kamyar Samimi is still ongoing.

“At the end of the day my dad is dead and I think there needs to be some accountability. Whether that's ICE, whether that's GEO, if it's both, something went wrong and no one's taken responsibility for it,” Samimi-Gomez said.