Posted by RMPBS on 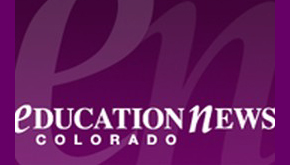 A NEW REPORT FROM EdNews Colorado

The number of Colorado children who live in places where poverty is becoming the norm has nearly quadrupled since 2000, a report released last week shows.

In 2000, only 20,000 Colorado children – 2 percent of the total – lived in high-poverty areas, defined as a community in which 30 percent or more of residents live below the federal poverty level, currently set at $22,000 or less per year for a family of four.

But by the time of the 2006-2010 U.S. Census Bureau American Community Survey, 92,000 Colorado children – or 8 percent – lived in such areas of concentrated poverty. That’s a spike of 72,000 children and a 360 percent increase, the third-largest increase in the nation.

In contrast, the number of children nationwide living in high-poverty communities increased 25 percent in the past decade, growing by 1.6 million. Altogether, 11 percent of the nation’s children – or a total of 7.9 million – live in such areas of concentrated poverty.

The figures are reported in Kids Count: Data Snapshot on High-Poverty Communities, a survey released by the Annie E. Casey Foundation.

The 2011 Kids Count in Colorado report, released last March, details a drastic increase in childhood poverty in Colorado, rising at one of the fastest rates in the nation.

“This data is consistent with other child well-being trends we have seen in the last decade. A growing number of Colorado kids are struggling and living in communities that are struggling,” said Chris Watney, president and CEO of the Colorado Children’s Campaign.

“All of us remember the places where we grew up and can relate to the impact of those communities on our lives. The weakening of our communities’ economies will impact our children and our state for years to come.”

Children who are African-American, American Indian and Latino are between six and nine times more likely than white children to live in high-poverty communities, according to Thursday’s report. And children with parents who are born outside the United States are also more likely than those with U.S.-born parents to live in such areas.

“These figures highlight the double jeopardy faced by economically disadvantaged children of color in the United States,” the report states.

Children who grow up surrounded by large numbers of people who live in poverty face a number of risks that those living in better-off communities avoid:

They often lack access to good schools, to medical care, and to a safe and healthy environment. They are more likely to experience harmful levels of stress than other children.

These effects begin to appear once neighborhood poverty rates rise above 20 percent.

The 2012 Kids Count in Colorado report is scheduled for release in March. It will include updated statistics on childhood poverty in the state.