Last Updated by Debbie Higgs on 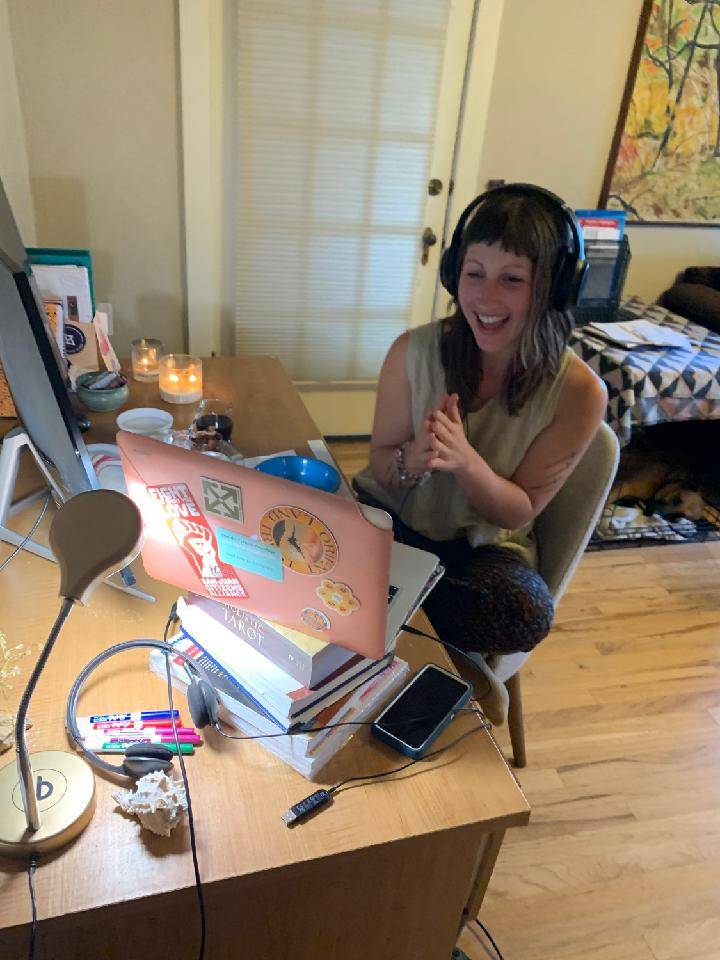 This week I attended three Passover Seders. One was Brooklyn-based, which I joined by teleconference Thursday afternoon, and a second later that same day was hosted virtually by Durango’s local congregation, Temple Har Shalom.

And on the first night of Passover I hosted my own virtual Seder. I relished in these spiritual connections during a time of social isolation.

Before I lived in Durango, I drove up from New Mexico to attend services at Temple Har Shalom. I spent an hour driving around not understanding how to find them, and ended up meeting vagabond Jews from all over the country there. I've sat at Passover tables in Santa Fe, New Jersey, and Brooklyn and Colorado, always with the traditions playing out a bit differently. I now see this play between ritual and difference, strangeness and repetition, as a core part of my relationship with Judaism.

COVID-19 brought this to a whole new level. On the one hand, Passover traditions were forced off track this year by stay-at-home orders, and on the other hand, virtual Seders made it possible to celebrate with others far away.

For me, Jewish holidays have always been defined, as is the way of the Diaspora, by wandering, and by making friends in strange places. The Jewish side of my family came from Russia generations ago, and most of them never left the New York City area. My great grandparents, my grandparents, and my mother are all buried at a Jewish cemetery in Brooklyn, leaving no one else except my uncle in Manhattan and some cousins who I rarely see. Most of the time it takes a lot of effort not to feel disconnected from my heritage, and to find community.

This year, social isolation required that I host my own Seder for the first time. My older brother, my best friends in Colorado, my high school sweetheart from New Jersey, and my co-worker, Carol Fleisher, were all (kind of) at one table together. We may not have all had matzoh on our tables, but we had a lot of heart.

Connecting from our own tables via the internet felt strikingly intimate, and Passover’s emphasis on freedom for all peoples felt so poignant. I had two physical copies of Rabbi Joy Levitt’s "A Night of Questions: A Passover Haggadah" in my home to share with my roommates, and everyone else followed along with the digital version, which just for 2020 was made available for free by Reconstructing Judaism.

My favorite part might have been dropping off matzoh for Carol at her doorstep, or how my roommates helped me to shop for ingredients while staying safe from exposure to COVID-19. The one thing that was missing at my Seder table was gefilte fish, but Carol had some, so we decided that hers counted for all of us (and I was honestly OK with not having it).

After Har Shalom’s Seder I stayed on for a few minutes to talk with Lisa, the congregation’s leader. Before the Seder, Lisa had felt some pressure as to how to make her virtual Seder go smoothly, and stayed up until midnight assigning digital Haggadah (the text recited at the Seder) to the guests. She was not sure was to expect.

When I asked Lisa to comment on how the evening went, she left the answer to her mother Margaret, who was beaming in from New Jersey: “She’s been in the Seder business for a long time.”

“60 years,” Margaret said. “This virtual [Seder], you know, is marvelous. It makes you feel like you’re connected to something. Otherwise, I would just be alone.”

Usually Seders end with the refrain “Next Year in Jerusalem!”. The way my family interprets this prayer (and Passover as a whole) is that it is about praying for freedom for people all over the world. This year, people said “next year in Brooklyn!” or “next year at the synagogue!” Being apart made community all the more precious.