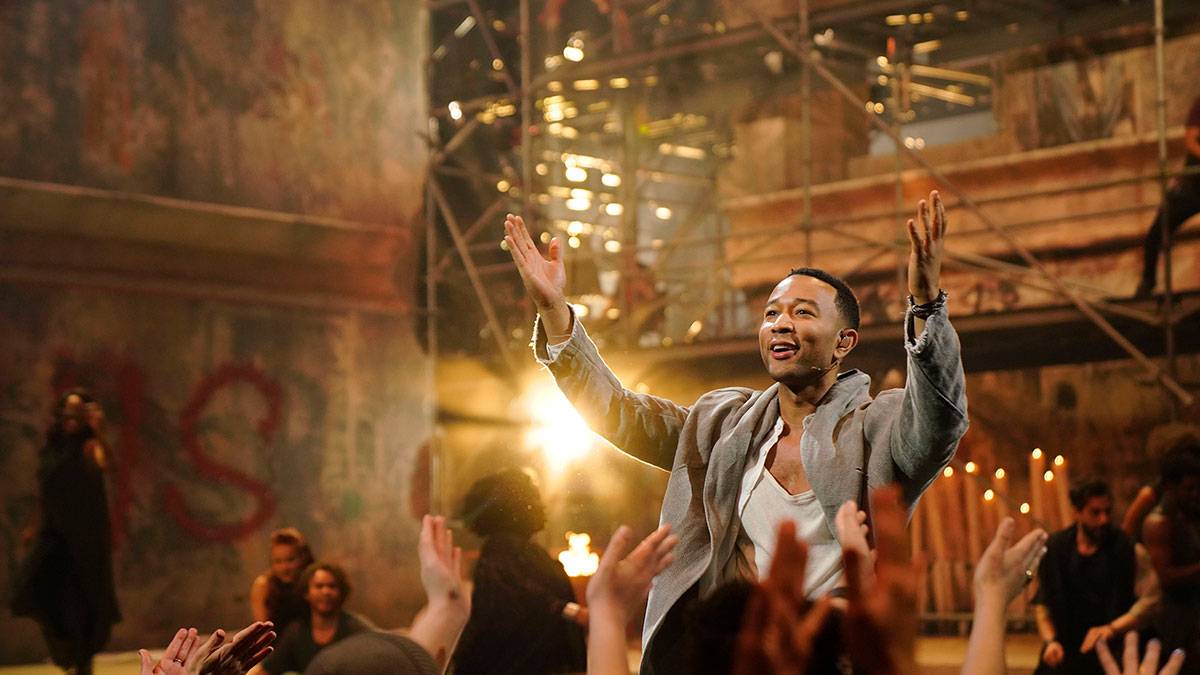 The musical recounts the biblical story of the final weeks of Jesus’ life, focusing on the relationship between Jesus and Judas (Brandon Victor Dixon). When Judas turns on his teacher, his fateful decision sets both men on a path to tragedy.

Originally conceived as a 1970 concept album, “Jesus Christ Superstar” hit No. 1 on the Billboard charts in 1971 and made its Broadway debut that year, earning five Tony nominations. Considered a classic, the musical became a staple of theater and music organizations throughout the world, including 2000 and 2012 Broadway productions that each earned a Tony nomination for Best Revival of a Musical.

"What’s the Buzz?" John Legend as Jesus Christ preaches, "save tomorrow for tomorrow" in this opening number.

A Shining "Superstar" Judas, as played by Brandon Victor Dixon, wows with his rendition of "Superstar."

“Heaven on Their Minds”

“This Jesus Must Die”

“I Don’t Know How to Love Him”

“Damned for All Time/Blood Money”

“Could We Star Again, Please?”

Throughout its more than 40-year history on PBS, Great Performances has provided viewers across the country with an unparalleled showcase of the best in all genres of the performing arts, serving as America’s most prestigious and enduring broadcaster of cultural programming. The series is produced by THIRTEEN Productions LLC for WNET. WNET is one of America’s most prolific and respected public media providers.