The Role of Public Service Journalism in Colorado

Last Updated by Rmpbs on 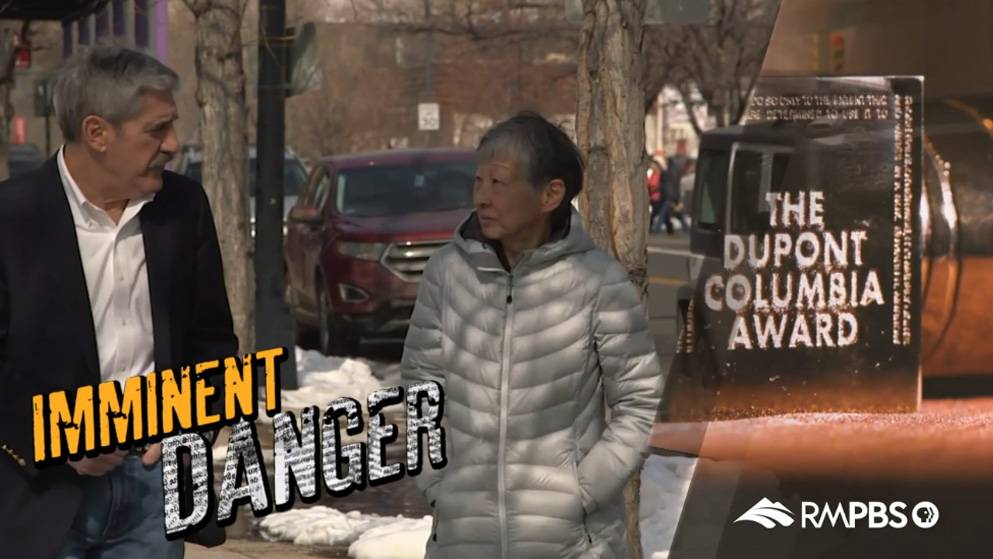 Scanning the list of 2019 winners of the Alfred I. duPont Columbia Awards reveals examples of public service journalism shining a bright light on some of most pressing issues of our time: racism, environmental contamination, the opioid epidemic, women’s rights, human exploitation and immigration, and mental health and guns.

Rocky Mountain PBS is proud that its own public service journalism program, “Insight with John Ferrugia,” is among the 16 recipients that on Jan. 22 will receive the duPont baton signifying the best in broadcast and digital journalism serving the public interest.

“Insight” is receiving the extraordinary honor — considered the broadcast version of the Pulitzer Prize — for its “Imminent Danger” special report on mental health and gun laws. The report examined “red flag” laws that allow a judge to temporarily remove a mentally ill person’s guns until the danger has passed, exploring the issue through exclusive interviews with the mother of a mentally ill man who killed a sheriff’s deputy and wounded four other law enforcement officers, as well as the parents of Aurora theater shooter James Holmes.

When it first aired on RMPBS in April 2018, the program generated public conversation and was shown during a bipartisan state legislative hearing to inform the dialogue around an impending red flag bill. The bill did not pass in the 2018 legislative session but is expected to be re-introduced in 2019.

The program is just one example of how “Insight” is telling in-depth, investigative stories of public importance that often inspire the public to action in ways that can inform citizens and strengthen communities. It is the kind of public service journalism at the heart of RMPBS’ mission to strengthen the civic fabric of Colorado through public media.

But what, exactly, is public service journalism? What role can it continue to play in Colorado, especially in an era of shrinking newspaper budgets and declining trust in the media?

Defining journalism in the public interest

Definitions of public service journalism vary, but it is generally described as reporting that contributes to debate about issues of common concern to the public, particularly in broad categories such as race, gender and class, as well as social systems, such as government, healthcare, education, environment, and religion. It is journalism with the civic aim of keeping citizens informed so they can make democratic decisions.

Public service journalism is usually produced using the methods of in-depth interviews, open dialogue, embedded content and online links to promote deeper understanding, and community engagement to galvanize the public, rather than frustrate it, according to a 2017 exploratory paper by Patrick Ferrucci, assistant professor of journalism at the College of Media, Communication and Information at the University of Colorado Boulder.

As for-profit journalistic enterprises shrink and consolidate, technology is changing how people consume news and enabling new models of journalism to evolve, such as digitally native news non-profits that are disrupting the traditional American news industry.  “Scholars have labeled this model as the most viable of the hundreds of different ones currently disrupting the traditional American news industry, and this market model places a strong emphasis on engagement,” writes Ferrucci, citing 2013 research from R.C. Nee and 2012 research from M. Remez.

At Rocky Mountain Public Media, we believe public service journalism can fill the void left by the consolidation and declining audiences of commercial media, as well as changing news consumption as technology makes news and information instantaneously available all over the world. Our first strategy is to serve Coloradans with great programming and local content.

With our 90,000 members who represent every county in Colorado, we take seriously the trust our members place in us as a platform for non-partisan information. Nationally, only 45% of Americans have a great deal or fair amount of trust in the mass media to report the news “fully, accurately, and fairly,” but PBS and its member stations continue to be one of the most trusted institutions in the country.

In addition, we celebrate how we are different from mainstream media, in particular that our public service journalism content must be of significance to Colorado, which usually makes it also significant to the nation. We also believe one of the best features of public media content is that it doesn’t have to be proprietary. We can collaborate with other media outlets and share our reporting, something we see as a moral obligation. And because we are mission based, our intent is to get the most important stories out to the widest audience possible.

Launched in 2016, “Insight with John Ferrugia” represents a new model for public service journalism that differentiates from other news reporting by delving deeply into issues of common concern with context, data and impact. “Insight” tells in-depth, investigative stories of public importance that often inspire the public to action in ways that can strengthen the civic fabric of communities.

“Insight” helps other media tell stories that would be difficult for them to accomplish alone. Our collaborative and distributed model enables us to produce content and offer it to other media through a variety of channels including television, online and podcasts. On the television side, we air our half-hour program statewide to our network, and then work with our commercial television partner, 9News — the largest commercial station in the state — to greatly expand our reach. We also distribute content to more than 100 print media outlets in Colorado and provide podcasts to fellow public media entity Colorado Public Radio. When our reports are a fit for a national audience, we team up with “PBS NewsHour” to adapt our reports for their program. In addition, we look for opportunities to localize our content, such as sharing a local database from one of our investigations.

Our model also promotes engagement with our content across the state through our Regional Innovation Centers (RICs) in Denver, Grand Junction, Pueblo, Colorado Springs and Durango. Through in-person events and screenings, we generate local dialogue and community involvement. Because our RICs are typically housed on college campuses, we also work with faculty and students to create local content and public media educational and training opportunities.

The Buell Public Media Center, our future headquarters in Denver, will further support our model by providing the infrastructure and high-speed digital equipment we need to set our course in a rapidly changing media environment. The new content hub and production facility will enable more streamlined content sharing and foster community dialogue throughout the state.

All of this is aimed at contributing to the statewide and national conversation around issues of public policy and concern, the heart of our public service journalism efforts.

Now in its third season, “Insight” will air a special report in April, near the 20th anniversary of the Columbine High School shooting, on the visible and invisible scars left from school violence. Learn more about previous and upcoming episodes on the "Insight" web page.