Chef Driven, hosted by chef and restaurateur Frank Bonanno, is a travel and cooking show that showcases independent food and beverage artisans. Rooted in Colorado, where Bonanno owns and operates 10 concepts, Chef Driven is ultimately a show about the people that power the restaurant scene – the chefs, farmers, ranchers, bakers, confectioners, brewers, distillers, cheesemakers and foragers that make restaurants possible.

Frank Bonanno is the chef and proprietor of Bonanno Concepts, a Denver restaurant group that’s the umbrella to some of the city’s most established restaurants and bars. Frank is a graduate of the University of Denver Daniels College of Business and the Culinary Institute of American located in Hyde Park, NY. He has authored two cookbooks and received multiple James Beard Foundation Award semifinalist nominations.

Episode 1 “Just Beyond the Corn Belt”

Premiering Saturday, January 7 at 9:30am MST 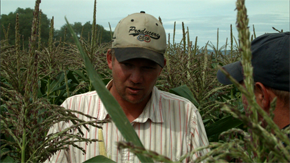 For the first episode of the season, Frank embarks on a farm to plate journey exploring the Corn Industry in the Rocky Mountains. The Midwest may be called the Corn Belt, but the mountains have some unique growing and preparing techniques of their own. Frank examines Olathe Sweet Corn, meets with a unique Bourbon distiller in Wyoming, and learns Old World Southwest cooking techniques including tortilla and posole preparation.

Episode 2 “The Most Versatile Meat: Pork”

Premiering Saturday, January 14 at 9:30am MST 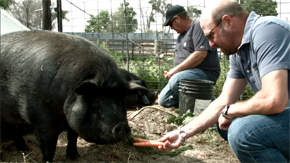 Pork is the world’s most widely consumed meat, so for this episode Frank explores some lesser known Pig breeds and culinary techniques, as well as getting VIP treatment in one of the BBQ meccas, Kansas City.  Frank visits a few farms in Eastern Colorado and central Kansas, as well as a charcuterie shop in Lawrence, Kansas, and then digs in to KC BBQ.

Premiering Saturday, January 21 at 9:30am MST

With bees being added to the endangered species list, Frank sets out learn all he can the importance and many uses of Honey. What exactly is honey, and why do bees produce it? Frank visits a beekeeper in Central Colorado, learns some great cooking techniques with Larabar’s founder, and then discovers Mead.

Premiering Saturday, January 28 at 9:30am MST 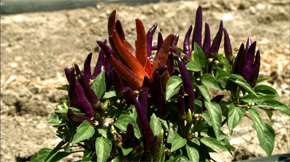 The chili pepper is synonymous with Southwest Cooking. For this episode Frank heads south through Southern Colorado and New Mexico to learn traditional and new techniques for growing and preparing chills. With a glass of milk at the ready, Frank encounters the world’s hottest peppers.

Premiering Saturday, February 4 at 9:30am MST 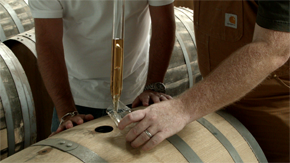 Wheat is grown in almost every US state, but for this episode we go straight to the Source. Frank starts the episode in Kansas, learning about how farmers are utilizing modern technology to bring one of the world’s most important crops in to the 21st century. Frank then heads to Denver to learn how Wheat turns in to Whiskey, and we close out the episode at one of The West’s oldest traditions, The Cheyenne Frontier Days Pancake Breakfast.

Episode 6 “Growing in the West”

Premiering Saturday, February 11 at 9:30am MST 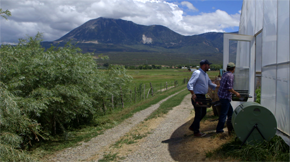 Colorado isn’t thought of as a desert, but much of it is. For this episode Frank looks at the importance of water and sustainable growing practices on both sides of the Continental Divide. Frank starts in Denver at a local taco joint learning how to cook with cactus, then visits an innovative farm in an industrial neighborhood, and then heads to the Western Slope to learn about water rights on a main tributary of the Colorado River, finally ending in Grand Junction Colorado where distillers and chefs have learned unique practices to produce Liquors and develop menus.

Premiering Saturday, February 18 at 9:30am MST 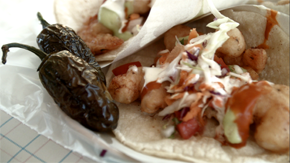 Much of the United States has one main growing season, so where does a lot of the food we consume in the winter come from? For our final episode of the season, Frank heads to the Southern Tip of the Baja Peninsula to find out. An arid region much like the Southwest US, Frank learns desert growing techniques and how American institutions are helping Mexican farms cope with growing food demands. He also gets a locals-only fishing experience and cooks at a renowned farm to table restaurant.

Frank Bonanno explores the Colorado craft beer scene, focusing specifically on the Denver landscape. The episode begins with a visit to the iconic Great Divide Brewing Co., located in the heart of downtown Denver. To gain a grasp of the brewing styles around the city, Frank also visits Crooked Stave Artisan Beer Project in Sunnyside – a neighborhood that continues to welcome new breweries. The third stop takes Frank to Boulder, where a company called Wild Goose Canning is producing some of the most state-of-the-art canning equipment in the country. The crew at Wild Goose convinces Frank he needs to see the canning line in action, which prompts a visit to Dry Dock Brewing Company in Aurora. Concluding each visit, Frank invites Denver chef Mary Nguyen to join him in the kitchen at Bones to create some beer-friendly dishes, all paired by Bonanno Concepts beverage director Adam Hodak.

Frank Bonanno hits the road to visit some of the state’s top cheesemakers, located less than an hour outside of Denver. The first stop is Longmont, where Haystack Mountain Goat Dairy works to supply Colorado (and beyond) premium goat milk cheeses. Frank then visits Ugly Goat Dairy Co., just outside of Brighton in a small town called Keenesburg, where operator Michael Amen raises dairy cows and goats to produce cheese and raw milk to Denver chefs, cheese shops and independent cheese lovers. With a cheese party to host, Frank decides to visit his favorite cheese shop in Denver called Truffle Cheese Shop. The episode concludes with a party at Frank’s house, where Bonanno shares tips for making a perfect cheese plate and sommelier Kelly Wooldridge offers his wine pairing knowledge. 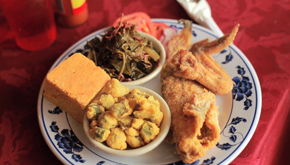 Frank Bonanno takes a pulse on Denver’s soul food scene, unsure of whether one exists. To answer the question, he enlists soul food scholar and Denver resident Adrien Miller, who takes him to CoraFaye’s Café, one of his favorite soul food restaurants. Frank visits his restaurant Lou’s Food Bar, where chef Johnny DePierro is developing a recipe for one of Frank’s favorite southern dishes – Nashville-stlye hot chicken. Together, Frank and Johnny make a spicy fried chicken dinner. Feeling inspired by CoraFaye’s and Lou’s, Frank shows how the home chef can make a traditional soul food dinner. Frank makes fried catfish for his family and enjoys dinner outside on a beautiful late summer evening. 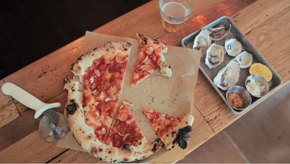 Frank Bonanno, craving pizza, decides to it’s time to claim Denver as a pizza destination. His travels take him to Denver’s Ballpark and RiNO neighborhoods, where he visits two chefs making names for themselves with the same style, but distinctly different operations and philosophies: chef Mark Dym at Marco’s Coal-Fired Pizza and chef Kelly Whitaker at Cart-Driver. Frank and the chefs discuss technique, sourcing and Denver’s pizza scene as a whole. With pizza on his mind, Frank throws a pizza party at his home and demonstrates how to make great pizza using household appliances and resources. Sommelier Jim Herbst shares insights about pairing wine with pizza. 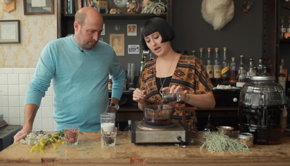 Frank Bonanno meets up with professional forager Wendy Petty, who takes him on a wild front range adventure on the hunt for wild porcini mushrooms and introduces him to urban foraging in Denver. Frank takes his finds back to Mizuna where he creates a dish inspired by the day. Frank then hits the mountains to tap into foraging. He travels to Silver Plume, where Shae Whitney of DRAM Apothecary has transformed an old town bakery into an herbal oasis stocked with handmade bitters, syrups and teas. Shae demonstrates how she sources her aromatics, the basics behind making homemade bitters, and her signature juniper rose syrup. Frank and Shae forage a bit in Silver Plume, and Frank takes some DRAM Apothecary products back to Denver for Bonanno Concepts beverage director Adam Hodak to concoct some cocktails. 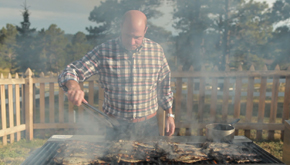 Frank Bonanno takes a road trip to Canyon City, known as a place densely populated with state prisons – a place that’s also employing the state’s incarcerated population to farm and raise water buffalo, goats and fish. Intrigued, Frank tours the Colorado Correctional Industries with Prison director Steve Smith to see the operation for himself and gain a better understanding the program’s economic impact. Later, Frank takes a fishing trip in Clear Creek Canyon, where he learns to fly fish from master fisherman Micah Emerson. Frank and Micah catch Colorado trout in preparation for a mountain grill out dinner with friends where Frank demonstrates his techniques for the perfect fish fry.

Chef Driven is produced by Aaron Colussi. For media inquiries, or to schedule an interview with Frank Bonanno, please contact Lauren Hendrick.