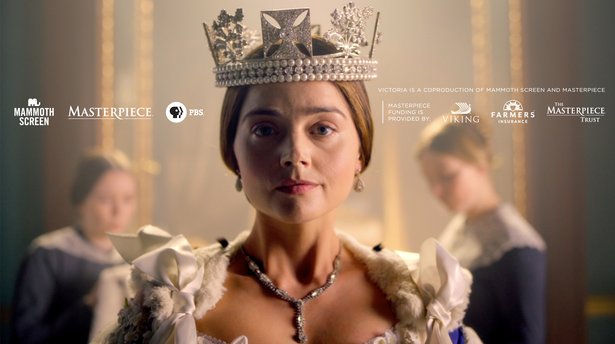 Please join us for a FREE preview screening of the Season 2 premiere.

Follow the "REGISTER" links below to RSVP and for more information.

In the meantime, catch up on "Victoria" Season 1 on RMPBS Passport, or tune-in each Sunday for the rebroadcast leading up to the January 14th premiere of Season 2.

In 1837, a diminutive, neglected teenager is crowned Queen Victoria, navigates the scandal, corruption, and political intrigues of the Court, and soon rises to become the most powerful woman in the world.​

"Victoria" stars Jenna Coleman (Doctor Who) as Queen Victoria in a highly anticipated series that follows the drama of the candid, spirited monarch who was perhaps the first woman to seem to have it all.

In Season 2, Jenna Coleman (Doctor Who) returns for a new season as the young queen who wants it all—romance, power, an heir, and personal freedom. Joining the cast in the new season is legendary actress Dame Diana Rigg (Game of Thrones), who plays the Duchess of Buccleuch, the court’s new Mistress of the Robes. Tom Hughes reprises his role as the queen’s dashing consort, Prince Albert, and Rufus Sewell returns as the smoldering Lord Melbourne.