This Month in the History of Rocky Mountain PBS- August 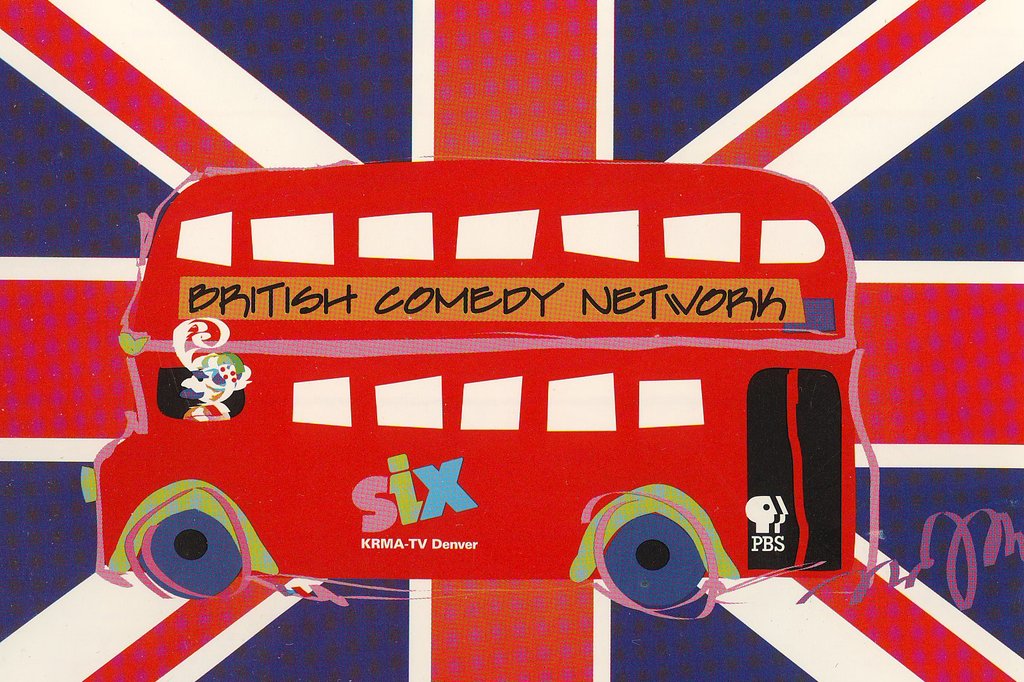 The SAM Project serves the past, present, and future of Rocky Mountain PBS

Colorado community will survive for generations to come.

Are you a fan of the beloved British sitcom, “Are You Being Served?”  Did you know that in the 1990s some of their cast members crossed the pond to visit Rocky Mountain PBS?

In the United States, the program gained a loyal and enthusiastic following when PBS stations began airing reruns of it in the late 1980s.  According to TV.com, “Are You Being Served? is a British Sitcom that ran from 1972-1985. The show revolved around "Grace Brothers Department Store" and in particular the goings on within the "Gentlemen's Ready-To-Wear" and "Ladies' Separates and Underwear" Departments. A store reorganization forced these two departments to share floor space, and the conflicts that this created set the tone for most episodes. Are You Being Served? showcases a bygone period of time in which the class structure was still very much alive. There was a strict hierarchy within Grace Brothers. Everyone knew their "places" and remained in them, unless, of course, there was a chance for advancement and then it was every man and woman for themselves.”

Several members of the BritCom cast helped raise funds for public broadcasting, especially during Festival (Pledge) or Membership Drives. KRMA was graced with personal visits from both John Inman, the program’s star and Trevor Bannister, aka the naughty junior salesman at Grace Brothers, Mr. Lucas.

On August 15, 1997, Trevor Bannister entertained guests and viewers in Denver’s KRMA studios at 1089 Bannock Street.  Viewers, volunteers and production staff enjoyed Mr. Bannister’s visit tremendously. Keeping with the tradition as a “community licensed” public broadcasting station, KRMA invited members of the community to be a part of a live audience on the evening of Mr. Bannister’s appearance.  He graciously “pitched” throughout the fundraising drive asking people to financially support KRMA.  He also spoke directly to viewers that were calling in their phone pledges and autographed 100s of photographs* for in-studio guests and volunteers.

* If you happen to have an autographed photo from Mr. Bannister during his 1997 visit to KRMA, and would be willing to donate it to the station’s archives, please contact the archive department at 303-620-5734 or SAM@rmpbs.org 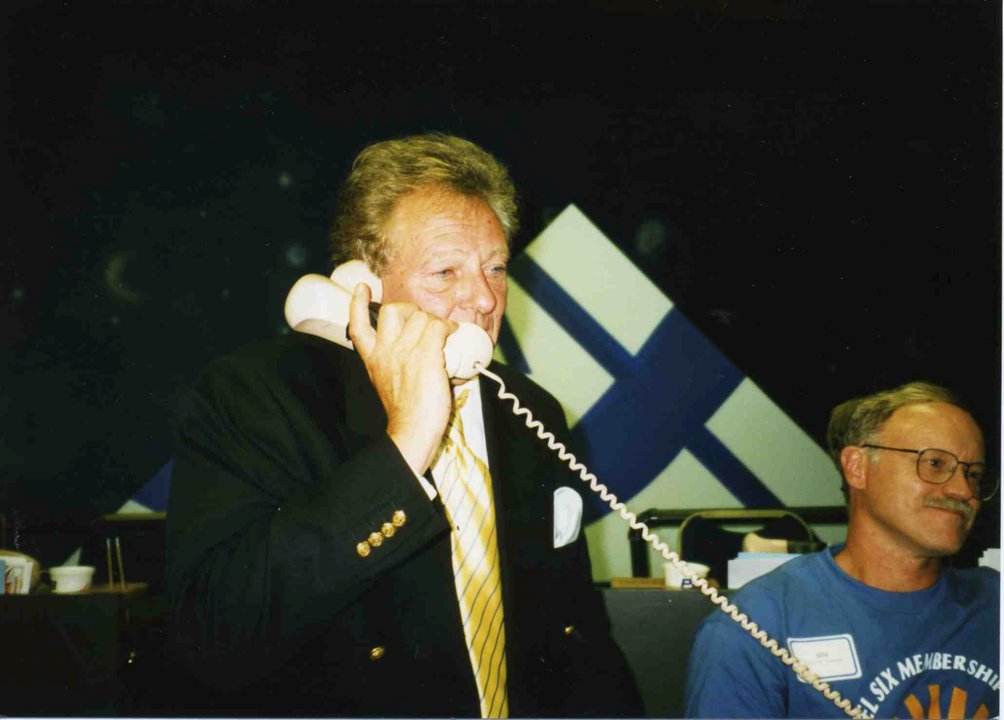 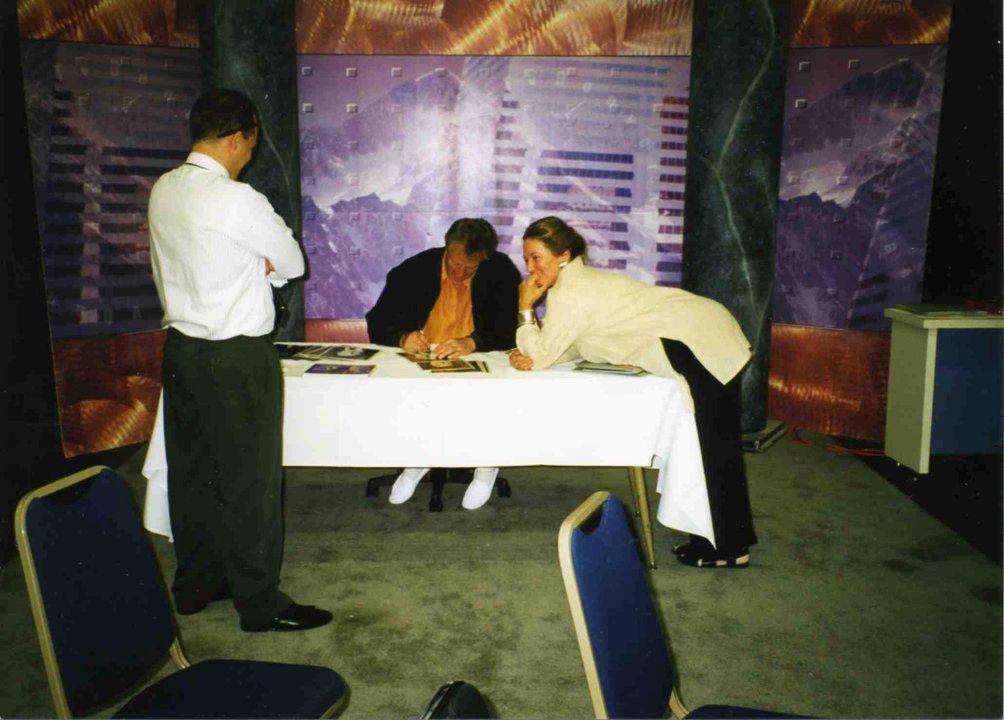 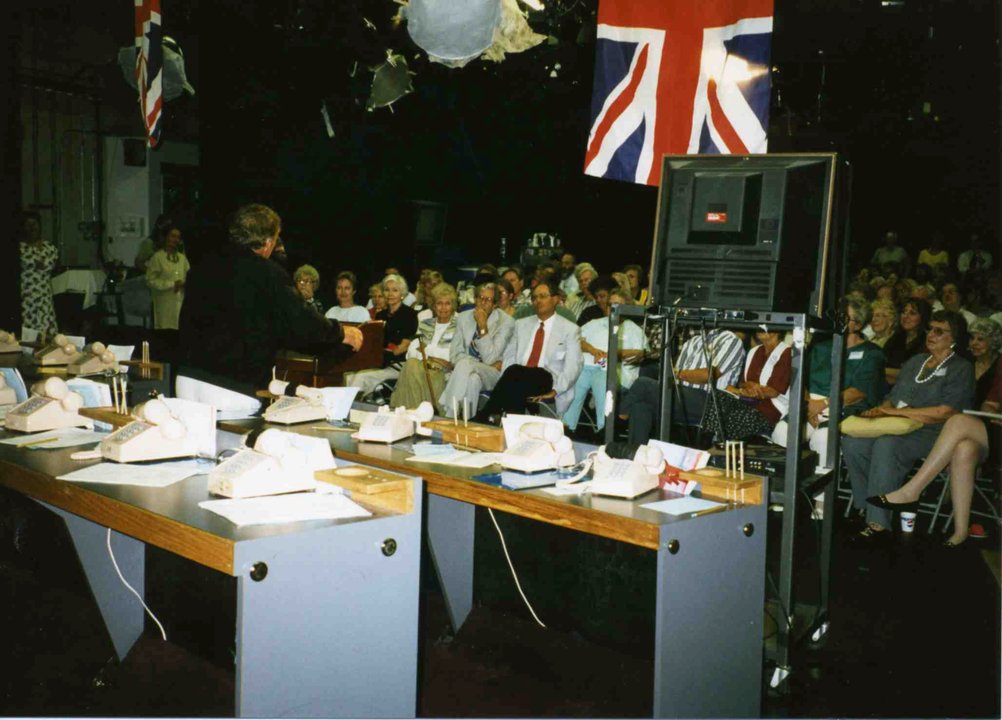 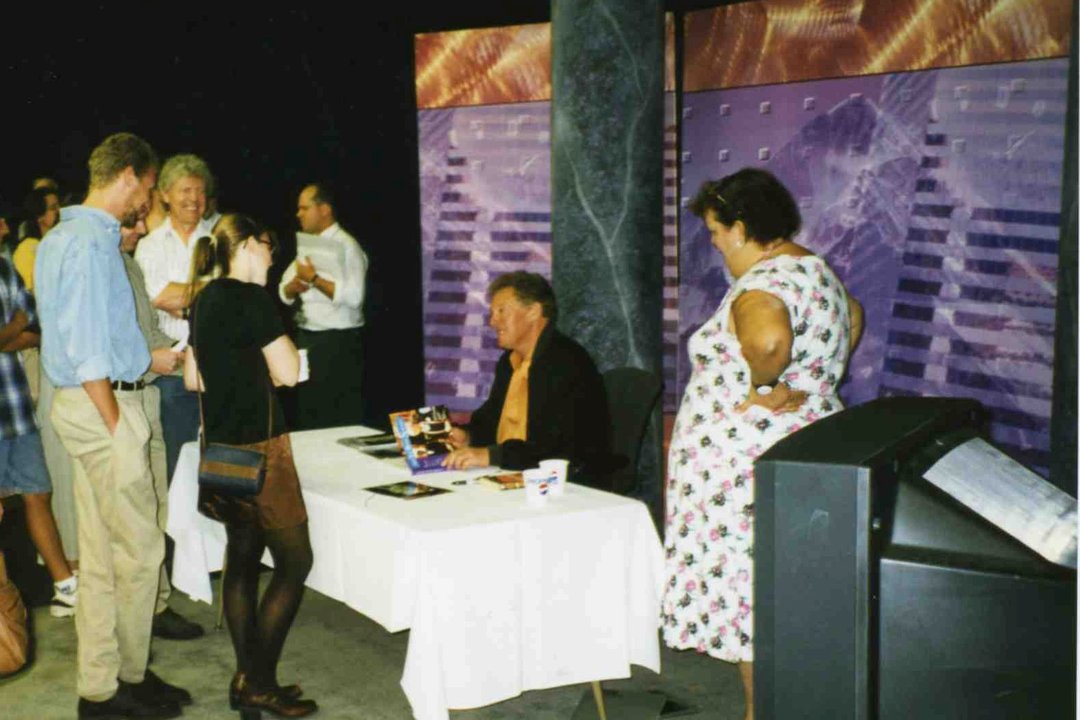 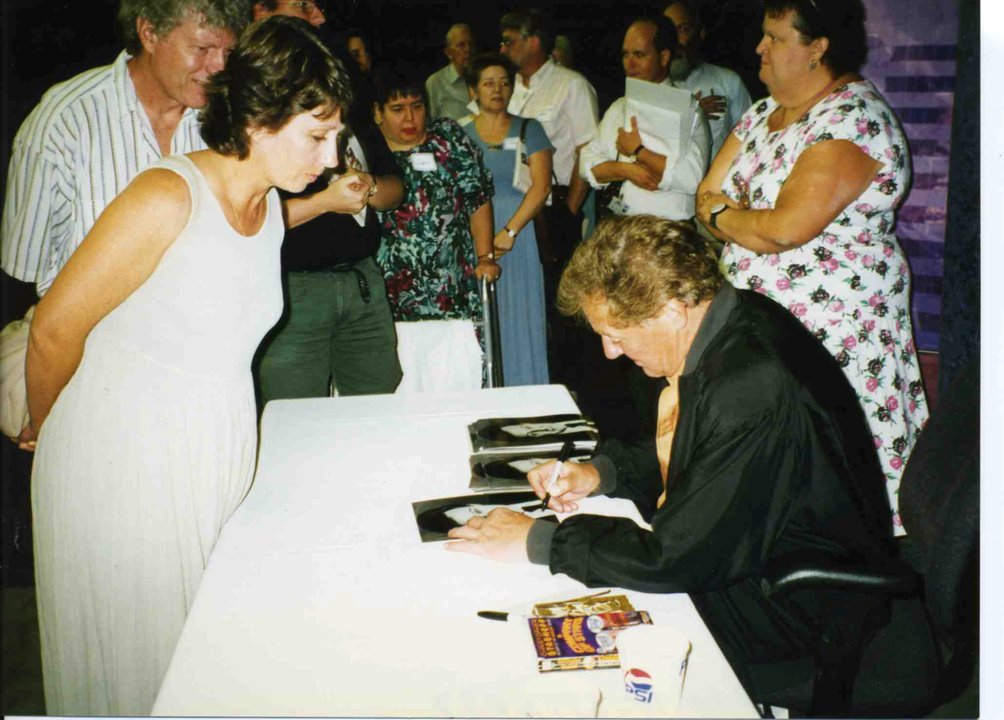