This Month in the History of Rocky Mountain PBS- June 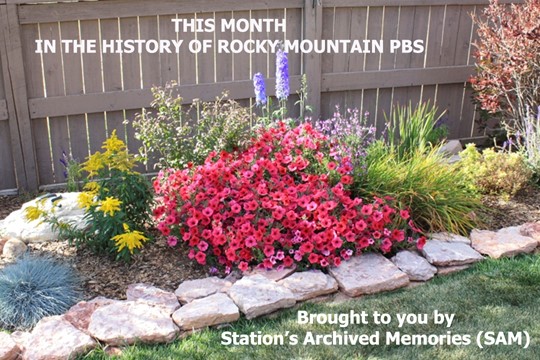 JUNE:  "One who plants a garden, plants happiness.”

From 1993-1998, Rocky Mountain PBS truly “blossomed” during the month of June.  Rocky Mountain PBS hosted extremely popular Annual Garden Tours and Gardening Classes offering tours of exquisite Colorado gardens that were enhanced by gardening classes taught by local gardening experts.  The purpose of the community garden events was to raise funds for the station while also generating interest in the highly popular PBS program, Victory Garden.*

*2015, Victory Garden is now edibleFEAST that airs on Rocky Mountain PBS on Saturdays at 7:30 a.m. 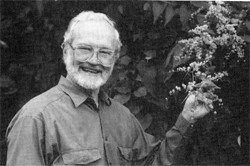 The first year of the 1993 event was themed, “Victory Garden Classes & Winners on Parade.”  Held on June 19, the co-host of Victory Garden, Jim Wilson (photo), conducted two classes at the Rocky Mountain PBS studios; one on wildflowers, the other on container plants.

That afternoon, sold-out tours were offered of three exquisite Littleton gardens.  Two of the gardens had won National or local Victory Garden awards.

Along with the Special Events staff person, Teri Chavez, twenty-five volunteers helped to “sow and water” (aka plan, organize and implement) the initial garden event.  Based on the acclaimed success of that first Victory Garden Tour, it was immediately decided that this special event was definitely worth repeating.

The station’s 40th Anniversary in 1996 presented the fourth Garden Class and Tour.  The event grew to SIX gardens in Northwest Metro Denver.  Two renowned horticulturists, John Greenlee and Lauren Springer, were based at 1089 Bannock to present gardening hints in the morning and afternoon.  The typical Colorado morning became afternoon rain showers that day, but it did not dampen guests’ enthusiasm.  Garden visitors merely opened their umbrellas and enjoyed the magnificent gardens that included varieties such as perennials, Japanese water garden, an urban forest, a classic English garden and small-space garden with vegetables and herbs.

Celebrated PBS garden expert, Jerry Baker, was the next “down-to-earth” orator for the 1997 Garden Classes along with Doug Rockne, a Littleton landscape architect.  For the first time, classes were held on one day and tours on another.  Six gardens were available for tours with many supportive Rocky Mountain PBS volunteers to assist in supervising the gardens on the day of the tours.

The sixth and final year of the Annual Garden Classes and Tours (1998) was once again divided into two separate dates to accommodate the incredible popularity of the community event.  Marcia Tatroe spoke on the “Handcrafted Gardens” and gardening enthusiasts were offered tours of NINE incredible gardens featuring Koi ponds to Xeriscaping.

More than 100 volunteers participated in organizing and hosting the final garden tour.  The six-year run of Garden Tours and Classes was extremely popular.

Click & listen to a clip from the Oral History interview of Teri Chavez, former RMPBS Special Events Coordinator, who worked closely with 100s of Rocky Mountain PBS volunteers to put together the annual garden tours, 1993-1998.

Click to view a collection of Memorabilia items from Garden Tours 1993-1998. 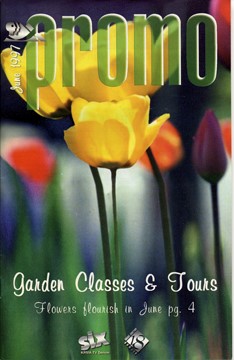 A collage of some of the Victory Garden archived photographs, 1993-1998. 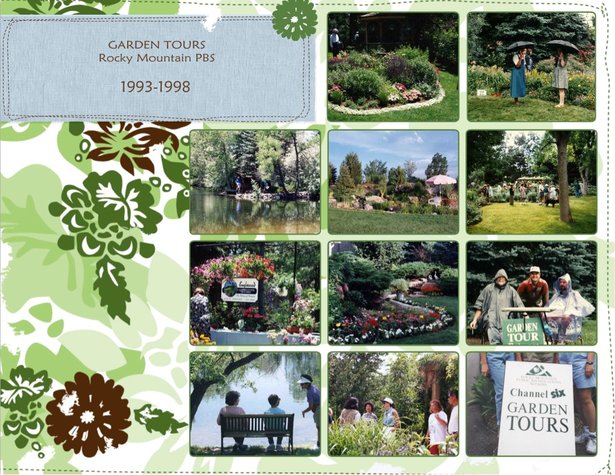 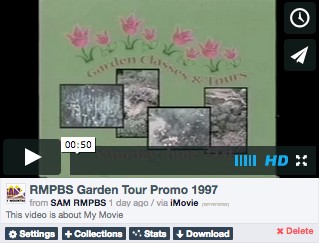 The article content was drawn entirely from the Station Research database.

Station’s Archived Memories (SAM) is a volunteer-driven project to preserve the history of Rocky Mountain PBS.  If you would like to know more about the archives, please contact the SAM office at 303-620-5734 or email SAM@rmpbs.org.  To learn more, go to http://www.RMPBS.org/SAM.