This Month in the History of Rocky Mountain PBS - May 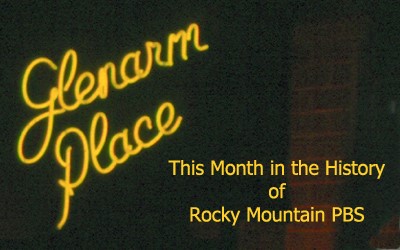 THE MONTH OF MAY

Rocky Mountain PBS grew up in its original home at 1261 Glenarm Place in Denver.  Music lovers were delighted when a highly popular program, named after the station’s address, GLENARM PLACE, premiered on KRMA on May 7, 1983.  The toe-tapping musical variety program aired on Saturday evenings and was simulcast in stereo on KCFR, 90.1 FM.

The studio at Channel Six was magically converted into a club environment offering local musicians an opportunity to showcase their talents to Denver viewers.  When interviewed for Station’s Archived Memories in 2006, the host of GLENARM PLACE, Hank Troy, recalled, “A sign was created, a neon sign, that said Glenarm Place.  We created a little bistro night club situation with small tables and a stage.  We had musical groups of all kinds:  classical, string quartets, folk music, rock, jazz, western, and mariachi-style music.”

GLENARM PLACE was produced by Kaye Lavine, former head of KRMA’s Cultural Affairs Department, and directed by David Ryan, former KRMA producer/director.  David recently remarked about the origin of the production saying, “Due to her work with the DSO, Kaye Lavine had a close relationship with the Denver local of the American Federation of Musicians. I believe it was over a lunch between Kaye, Dick Weissmann (a local musician who was very active in the union) and another union leader that the idea was hatched for KRMA to produce a series that showcased the diversity of talent within the local union.”

Hank Troy, Queen City Jazz Band pianist and fulltime musician, hosted the program. Hank’s Denver career began by presenting ragtime concerts and accompanying silent films at the Denver Center Cinema. His musical expertise became known statewide when he hosted KRMA’s GLENARM PLACE.  The program’s multi-talented host composed music for television, radio, and theatre and wrote songs for children’s theatre.  Hank ended his 2006 interview with Station’s Archived Memories by saying: "I’d just like to say that my time at Channel 6 was really a wonderful time for me. I learned a lot and I was given a lot of opportunity that I wouldn’t have had—to be part of a thriving TV station. It was really a wonderful, enjoyable time.“

Take a step back into the history of Rocky Mountain PBS to enjoy archived photo memories as well as some musical clips from the 1983-1984 KRMA acclaimed production of GLENARM PLACE.  Be sure to watch the credits at the end of the video! You’ll recognize several people who continue to work at Rocky Mountain PBS! 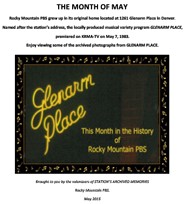 To view a scrapbook of archived GLENARM PLACE photographs click on THE MONTH OF MAY image above or cut n’ paste: 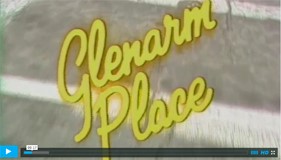