The Fraser River Is 680 Tons Better 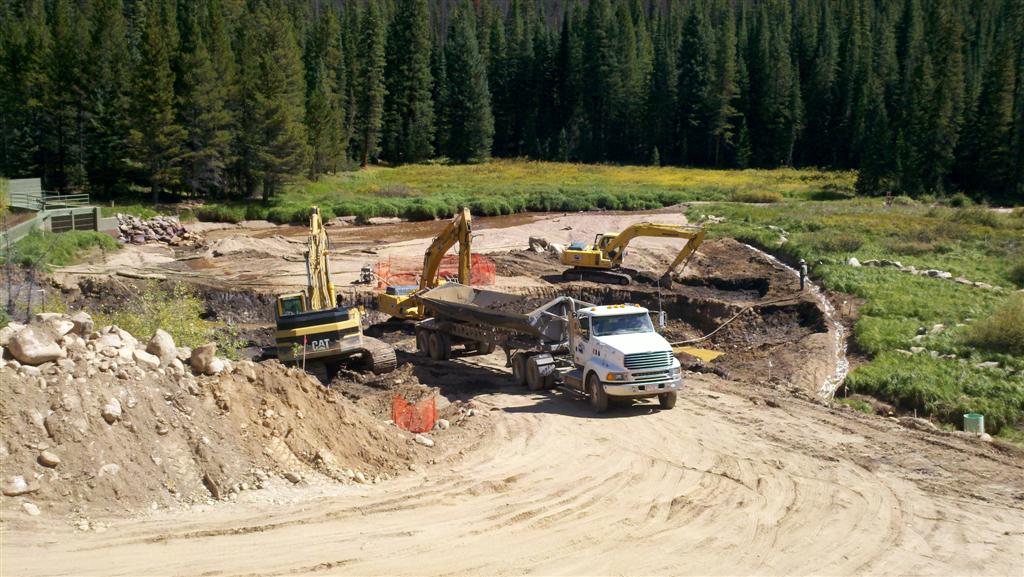 Crews work to construct the settling pond on the Fraser River on the east side of U.S. Highway 40 area. (Photo taken September 2011.)

Hot Sulphur Springs, Colo. -- The Fraser River is breathing a bit easier after 680 tons of sediment — created by sand applied to Berthoud Pass to improve winter driving conditions — was removed.

Completed in 2011, a project between entities on both sides of the divide to construct a settling pond on the Fraser River has paid off.

The settling pond was constructed in Denver Water’s existing diversion facility. The project included building an access road and establishing a mitigation pond — or, new wetland area — downstream of the project. The settling pond traps and removes sediment that enters the Fraser River below Berthoud Pass. This project builds on previous efforts funded by a Colorado Nonpoint Source Program grant from the Colorado Department of Public Health and Environment, which involved an initial construction phase years ago and helped pay for this new design.

The cooperative effort was initiated to improve habitat in the Fraser River. Each year, CDOT evaluates whether the pond needs to be cleaned out. Once the decision is made, Denver Water operates its facility to divert the river around the settling pond, which allows CDOT to remove the debris. CDOT works with Grand County to dispose of the material.

The work to clean out the pond occurred Oct. 21-22, and the project was successful in removing 680 tons of sediment from the settling pond.