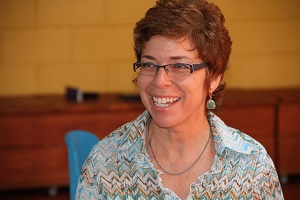 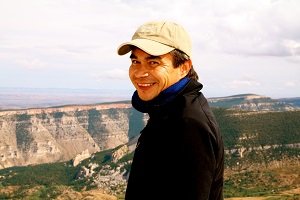 Larry T. Pourier has worked in the film, music, and theater industry for over twenty years. His range of work includes producer, assistant director, casting, consultant, actor, stunts, and motivational speaker. His film credits include Imprint, Skins, Good Meat (PBS), Spiral of Fire (PBS), Stone Child, We Shall Remain (PBS), New World (Feature), Dreamkeeper (ABC), Skinwalkers (PBS), Lewis & Clark (IMAX), The Witness (IMAX), Crazy Horse (TNT), Lakota Woman (TNT), Buffalo Soldiers (TNT), Tecumseh (TNT), and Doe Boy (Indie). His latest achievement was to help develop and produce an ongoing Native American public history program for historical Colonial Williamsburg. Larry's knowledge of his culture and homeland continues to enhance the projects he has worked on. He is not afraid to cover controversial issues to help the public understand the truth about Indian people. Born and raised on the Pine Ridge Reservation, the members of the community respect Larry for his achievements and dedication to helping others. When he is not working on a project, he lives in Thunder Valley, on the Pine Ridge Reservation. 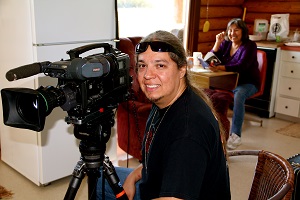 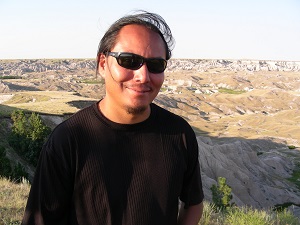 Derek Brown loves to make videos and is a founding member of Café Cultura, a poetry-slam organization. His many honors and awards include the President Scholarship of the Art Institute of Colorado (Winter 2010), scholarship winner from the Rocky Mountain Indian Chamber of Commerce, awarded student of the quarter at The Art Institute of Colorado (Spring 2009), nominated for the 2009 Regional Heartland Emmy® Award for the Sand Creek Massacre Spiritual Healing Run/Walk. 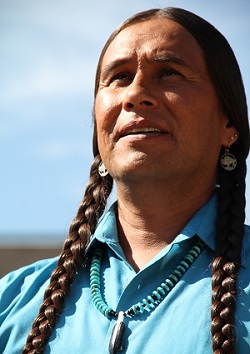 Moses "Mo" Brings Plenty was born and raised on the Pine Ridge Reservation in South Dakota. He is a gifted musician, actor, model, and devoted spokesperson that travels the nation advocating for the rights of Native American communities. As an actor, he has worked in television, film, and theater. Film credits include his most notable role to date as a principal actor in Director Jon Favreau's DreamWorks film Cowboys & Aliens starring Daniel Craig and Harrison Ford. Other films include Rez Bomb, Hidalgo, and Pirates of the Caribbean. He has played several traditional roles in The History Channel's movies Comanche Warrior (as Quanah Parker) and Who Killed Crazy Horse (as Crazy Horse). On television, he portrayed the "Comanche Hero" in Deadliest Warrior. Overseas, he participated in the BBC's piece Custer's Last Stand. As a musician, he is a traditional drummer, percussionist, and vocalist. He is a former member of the award-winning musical group Brulé and has contributed his traditional musical acumen and Lakota language to several of their songs. Currently, Mo's talent can be seen with his own band and production that will be hitting the streets everywhere, in the very near future. When he isn't travelling the U.S. and Canada fulfilling his speaking, acting, and performance obligations, he spends his time between Los Angeles, South Dakota, and Kansas. 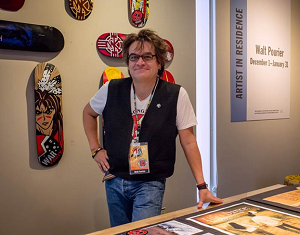 Walt Pourier is the owner and creative director of Nakota Designs, specializing in advertising designs and graphics. He is executive director of the Stronghold Society, a nonprofit dedicated to instilling hope and supporting youth movements through "Live Life Call-to-Action Campaigns." Although Walt lives in the big city, his roots remain close to his homeland and his tribe. He loves his culture and stays deeply involved on a personal level with the people, songs, and ceremonies of the tribe. Walt is a product of the Relocation Act and the sacrifices that his parents made for him made him the man and father that he is today where he continues to be successful and proud of his American Indian heritage.

of the Heartland Chapter Emmy Award

Executive producer and director, Lisa Olken embarked on a five city tour to promote the film as well as represent Colorado and America as an ambassador. Explore her tour here!

Why The Film Was Made >>

Brings Plenty took a few moments to speak with ICTMN about his participation in the film and the effects it had on him as an artist and a Native person. Click here for the full story.