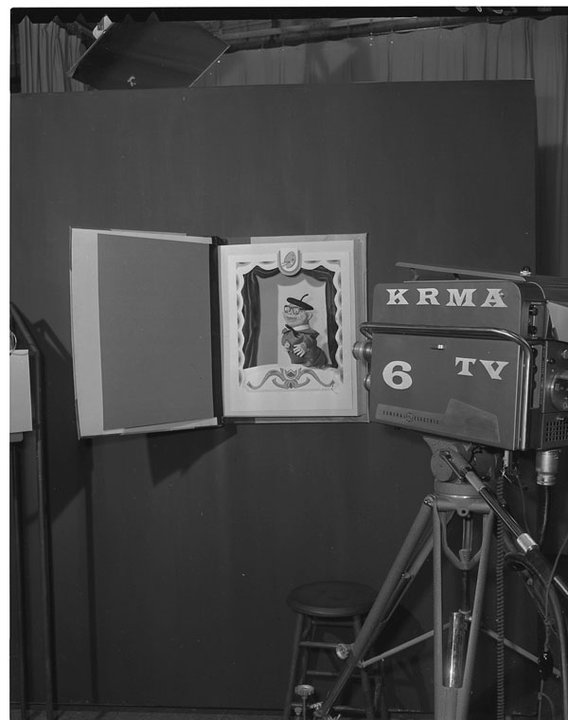 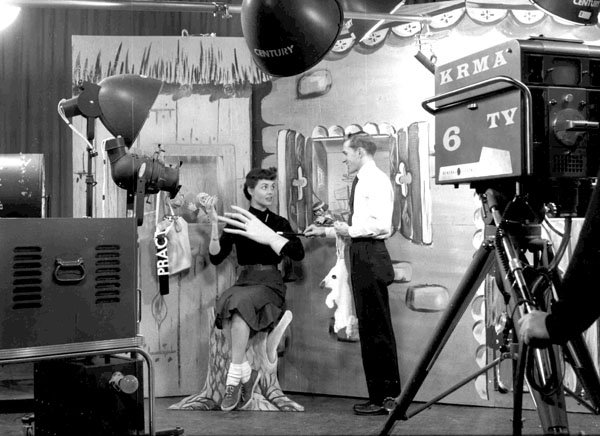 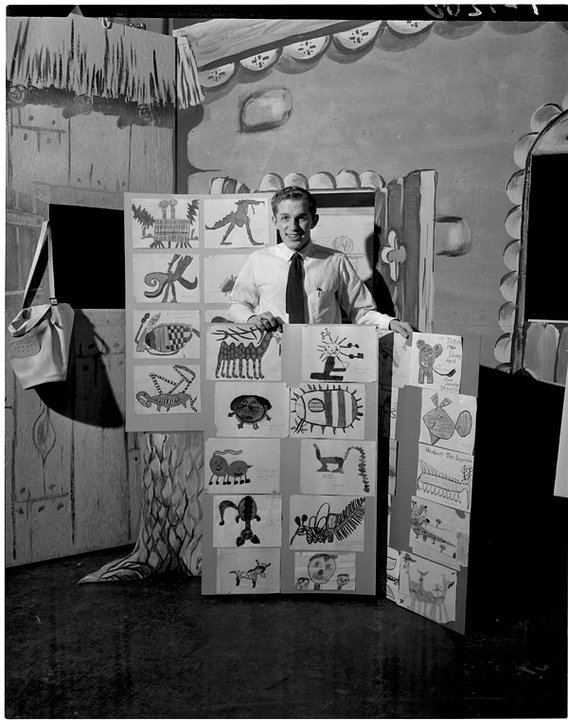 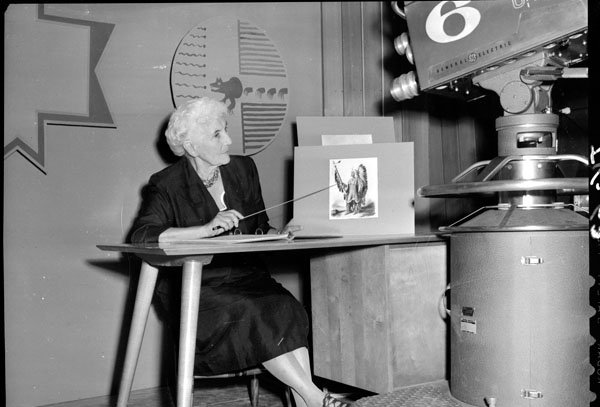 On January 30, 1956, KRMA beamed its first two hours of programming into Denver homes. Most of the programs were only 15 minutes long. Station logs from the time show one program was on film, one kinescope, and the rest were broadcast live from the auto body shop studio.

At 6:45pm, the very first program aired was "Thimble Theater." The live program featured Denver teacher Earl Reum and his puppets, Columbine and Watahea. Earl performed magic tricks and provided clues to the puppets who were doing a treasure hunt.

Next came "Power Unlimited,"  a film produced by the U.S. government as part of a series called the "Magic of the Atom." This episode featured President Dwight Eisenhower's speech offering peaceful "atoms for all."

Following this was an episode on pet care from the series "Colorado Panorama," produced by Colorado A&M College's School of Veterinary Medicine. Then KRMA aired "Religions of Man," a discussion on faith, and an episode of "Denver Yesterdays," produced by the Denver Public Library on the history of Cheesman Park (formerly a cemetery).

Read "How do you Start a TV Station" for more information on the founding of KRMA.