Introducing the Buell Public Media Center! The Buell Foundation has contributed $6 million to the new RMPM building to be constructed at 21st and Arapahoe Street. To read more, click here.

RMPBS nominated for 10 Regional Emmy Awards! Local RMPBS productions and 2 partner pieces have been recognized. Read more about our talented staff and productions by clicking here. 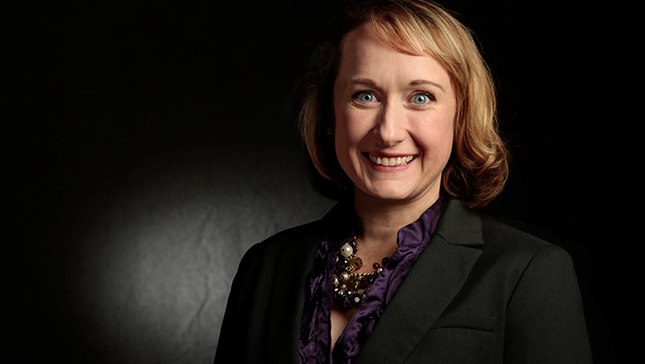 This week (week of May 22nd) the President issued his full budget proposal to Congress. As expected, it eliminates funding for public media starting with the fiscal year that begins October 1, 2017 by rescinding all but a token amount of CPB’s previously enacted FY 2018 advance appropriation. PBS has issued a statement that underscores that funding cuts would be a tremendous loss to our country, and would be especially devastating to rural and underserved communities. CPB and APTS also released statements, which you can read here (CPB) and here (APTS).

There will be key moments when we must raise our collective voices to make a strong case for federal funding. This is one of those moments. We will continue to share our stories of local impact that reiterate our value to Coloradans. In addition, APTS and NPR have launched a redesigned ProtectMyPublicMedia.org that makes it easy for our supporters to contact members of Congress. Meanwhile, PBS will continue to promote the "I Love PBS" frame for profile pictures on Facebook, with almost half a million people adding it to date.

Originally from New York, Lorelle currently works as a Corporate Librarian in Denver, Colorado. She received an MILS from SUNY Buffalo and before that, an MA in Criminal Justice from John Jay College of Criminal Justice. Her first library gig was as a Business/Law Librarian at a local information management firm. Professional interests include readers' advisory, using environmental scanning to improve library services, staying current on emerging technologies, and exploring the potential of digital tagging. Outside of work she can be found watching the Mets, urban hiking, curating her Little Free Library, and blogging. She will be working with Station’s Archived Memories project and anything else that we can talk her into.

Art and Horsemanship were topics of two new locally produced summer series that premiered on KRMA-TV, Channel Six, in June of 1964: "Gallery 6" (June 2) and "Horsemanship" (June 4).

In June 1964, "Gallery 6" was a new television concept devoted to exploring thoughts, ideas and work of local and regional artists and art enthusiasts. Hosted by Will Howard, the program was a series of half-hour programs, each exploring the thoughts and the work of local artists. Through the magic of television, talented painters, sculptors and more were introduced to educational television viewers.

On its inaugural program, Thomas Berger, a tempera-relief artist, discussed and presented examples of his work. Berger had exhibited throughout the country. One of his paintings was accepted for display in the White House by the late President Kennedy.

Other artists featured during the 5-week "Gallery 6" series included Olive Colhour who shared drawings in stone, known as intarsia plus Hans and Ellis Gallos who explained their stained-glass art through their pieces ranging from church windows to lamp shades. Other local artists that were featured included Edgar Britton (photo right), one of the leading sculptors of the country, Mark Zamantakis, master potter who taught with Denver Public Schools for 26 years and William Sanderson who was voted one of Colorado’s most influential artists of the 20th century.

The second local production to premiere in June 1964 was "Horsemanship."  It was a four-part series of instruction in horses and horsemanship for the western pleasure-rider. Host E. E. Wyland (photo), director of the famed riding club Westernnaires from Lakewood, utilized both film and live demonstration in each program. The program was intriguing to anyone that had ever ridden or wanted to ride a horse. Wyland’s program offered tips for safety from the Humane Society.

Topics of the program HORSEMANSHIP included:
−    June 4: Ancient history of the horse and man's use of it; types of horses and the value of riding
−    June 11: Equipment used, the art of saddling and mounting
−    June 18: The technique of riding, devices used to control the horse
−    June 25: Costs in caring for a horse along with points to consider when buying a horse.

Researched information is from the Rocky Mountain PBS archives, Station’s Archived Memories (SAM). If you have inquiries, would like to volunteer for SAM or have items to contribute to the RMPBS archives, please contact the SAM office at 1089 Bannock: 303-620-5734 or contact SAM@rmpbs.org.

Volunteer Appreciation - Thank You for Your Support!

Thanks to Volunteers in Denver at KUVO and RMPBS

A big THANK YOU to everyone that came down to volunteer at the KUVO booth at the 15th Annual Five Point Jazz Festival. What a fun celebration! Everyone was very helpful; from very early in the morning for set-up, parking lot monitoring, live on-air broadcasting, staffing the KUVO booth, photography, running errands, and into the evening to breakdown, and packing up at the end of the day.

Thanks to the RMPBS volunteers at the Five Points Jazz Festival on Saturday, May 20th. Lorelle Giannelli, Wendy Booth, Dana Gaffin, Patricia White and Melanie Graham were fabulous ambassadors for RMPBS. Took names for backpack drawing, gave Clifford and Big Bird pins to big and little PBS fans and talked with so many great folks while they enjoyed the music and food. It was such a fun thing to do on a beautiful Saturday.

RMPBS Leadership Giving staffer, Aaliah Hartley sends thanks out to Pam Herrlein for assisting with a big FYE mailing on May 3rd. Thanks Pam!

Shawn Jones is so grateful to volunteer Doña Dodson for providing Front Desk coverage in April and May! We really appreciate Doña’s willingness to step in and help out the Community Engagement team!

A big thank you from the RMPBS executive office to Dorsy Hill for helping put together stacks and stacks of capital campaign packets! Dorsy didn’t hesitate to jump in and help us put together the packets that are crucial for our CEO and her team to go out there and raise those capital campaign dollars. Thank you, Dorsy!

Thank you to Hania Lindgren and Janina Domingos for their ongoing support volunteering in the RMPBS Membership Department. Their support makes our staff members’ daily tasks so much easier!

Thank you so much to Sharon Powers for staffing our monthly PBS KIDS screening at the Alamo Drafthouse on May 18th. The families and staff really enjoy your presence and Shawn really appreciates all the help. You are the best!

Volunteers: Please note that if you sign in on the computer but don't sign out, the computer only gives you credit for 3 hours.  Not only do you cheat yourselves out of time, but the station also. Please send an e-mail to judylestersmith@rmpbs.org if you need to make a correction to your hours. In the email, include the date, time, and job assignment and we will make the adjustment. Thank you!

PROGRAMMING
To check out programming features and changes, go to the Rocky Mountain PBS website. Or go straight to rmpbs.org/enews where you will be able to request our automatic weekly newsletter (e-news) and monthly TV schedule (e-promo).

DID YOU KNOW?
There are MANY ways to watch Rocky Mountain PBS content besides TV. You can stream our shows on the RMPBS website, on YouTube, on the KUVO app (where you can also stream KUVO radio live), or on the PBS and PBS Kids apps. You can also watch on Apple TV, Roku, Google Chromecast, Amazon Fire TV stick, XBox, Amazon Prime, Hulu, iTunes and more. Learn more at rmpbs.org/anywhere.

Station's Archived Memories (SAM) is a totally volunteer-driven project established in 2000. Over 40 volunteers are dedicated to preserving the illustrious history of Rocky Mountain PBS. LEARN MORE »

Our newest member benefit gives you extended access to an on-demand library of your favorite shows.